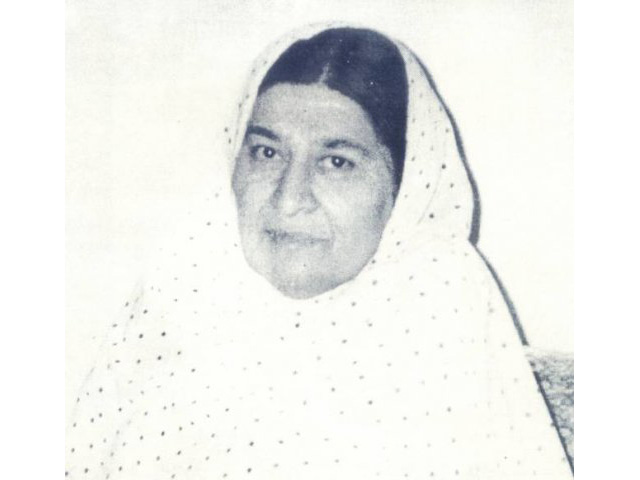 Hundreds and thousands of people were born to bring change; some were to maintain change and the rest to glorify change. Likewise, some people got born as change to become role models for the generations; their way of living presents a completely courageous picture of life. One can quote pages upon pages on their contributions and problems.

Among those people Bibi Gohar Malik has earned a very notable name in Baloch nation. Instead of being physically paralyzed, she had strong commitment to make endless contributions to Balochi literature and culture. Knowing about the history of such kind of challenge-facers, strongly attract us to say “yes, we can.”

Bibi Gohar Malik was born in Panjgor on 26th of August, 1938 and later on shifted to Noshki. Her father’s name was Gul Khan Naseer. She afflicted with polio and got physically paralyzed when she was two. She braved this weakness with courage and didn’t accept it as a problem in her way. In that gloomy era of Noshki, let alone girls, boys couldn’t get precious opportunity to read in schools; however, her father managed to educate her at home.

Furthermore, she started her career in literature by translating an article of N.M Rashid’s book “kafirstan” into Balochi in 1955-56. She sent the translated article to Azat Jamaldeni to get it published in ‘Balochi Magazine’. When her father got awareness regarding it, he appreciated her work wholeheartedly and encouraged the step. Later, she translated many works of Khalil Jibran and Kirshan Chander, which got published in stated magazine. After the banning of ‘Balochi Magazine’, she began writing for Shoresh Babo’s ‘Noken dour’. By the time it was banned, her writing got stopped and some domestic problems also caused trouble in her way.

The thing which makes her one of the greatest personalities is her amazing contribution to Balochi Culture and literature. She worked out on the marriage systems of district Chagi and did research about their traditional life. Collecting local idioms, searching proverbs, gathering unforgettable information about the herbs used for medicine revolve around the vicinity of her endless contribution.

Afterwards, she put steps forward in the field of short story writing, and she very quickly made an unforgettable name for her in this field. Her literary works are filled with emotional and cultural feelings of Baloch women. Definitely, her all works deserve a high place in world literature; unfortunately great works are always lost unnoticed.

Moreover, she had full command on what she was writing, which is undoubtedly shown in her short stories. There seems a very solid struggle in her work against every social injustice; her works represent the ones who can’t convey their messages, especially women. Her works were the voices of needy, poor, and tortured people.

Undoubtedly, she proved herself as a very nice translator as well; her selections of translation express the love of humanity in her heart.  More interestingly, very few people know that she was a poet to boot though she preferred keeping them secret. As a result, we fail to get a lot of poetry of her which remains a loss of the great part of her work.

Unfortunately, she passed away on 28th of Feb, 2000. Of course, physical death of her always worries us, but her mind-blowing works will always remind us of her.