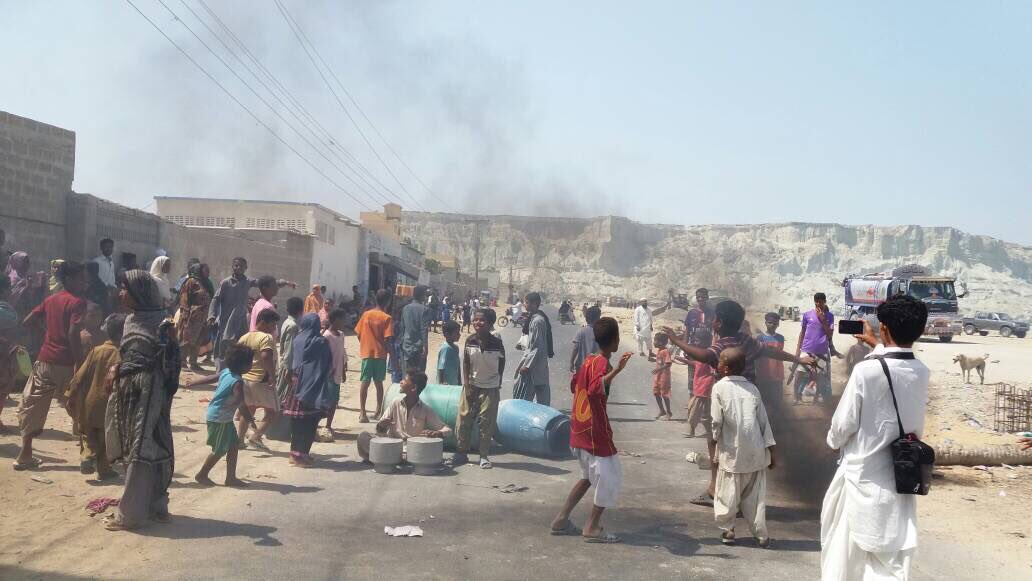 Gwadar: The residents of Gwadar staged a protest against the water shortage in the port city.

A large number of common people and political activists participated in the protest. They chanted slogan against the authorities who had promised many times to provide clean drinking water to the people of Gwadar, but did not take any practical step to overcome the severe water shortage problem in  the city.

The protesters said the government talks of making Gwadar like Singapore, but its local population craves for a drop of clean drinking water.

They said it was not the first time that they took the streets to bring this serious issue into the notice of concerned authorities, but they had also conducted such agitations many times in the past.

“They only make talk claims of fulfilling our demands, but once we stop the agitation, they forget the promises made to the people of Gwadar.” Said the protesters.

There is a serious water crisis in Gwadar city and the people do not have any source of getting clean drinking water.

Gwadar residents are compelled to buy water, but the poor people can’t afford to do so as a tanker of clean drinking water costs 50,000 which is beyond the capacity of middle class population.