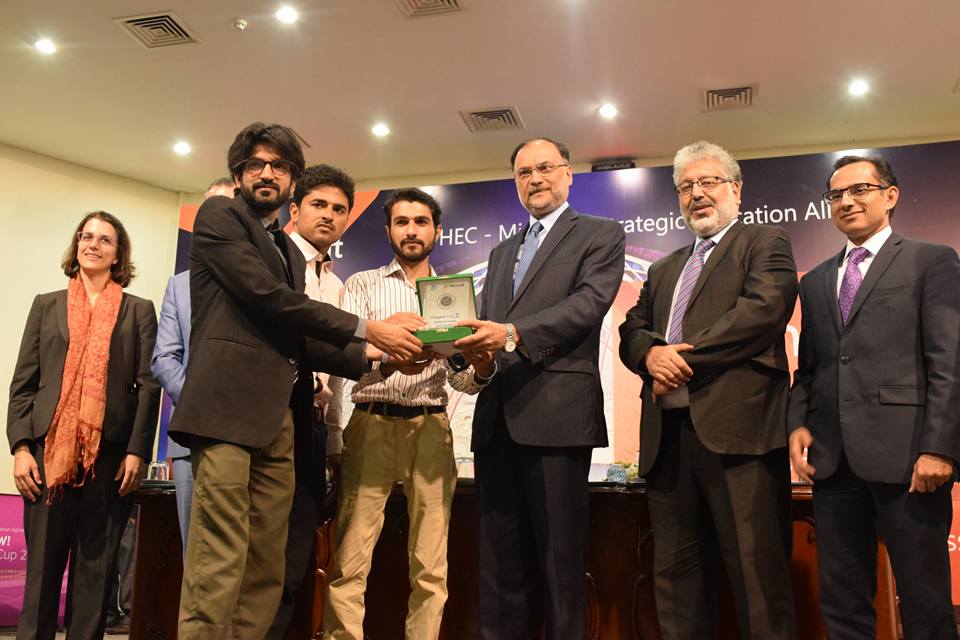 The teams of different universities from all over Pakistan participated in Microsoft Imagine Cup 2017 Competition where all of them presented the scope and significance of their generated projects.

A ceremony was held in Islamabad where the competitors from all over Pakistan participated and the Minister of Development and Planning Ahsan Iqbal chaired the ceremony.

The minister announced to provide up to one million rupees to the respective universities to ‘incubate these ideas into success.’

Thaheer is a music App that aims to connect the people of different communities through music with the slogan of “Spread Music Spread Love.”

The App facilitates you to download, Listen and upload songs and music in Balochi, Brahvi, Urdu, Hindi, Pashto, Kashmiri and Punajbi languages.

The App is generated by Azam Baloch, Farooq Baloch and Aurangzaib Baloch.