Home Articles Capitalism as a crisis 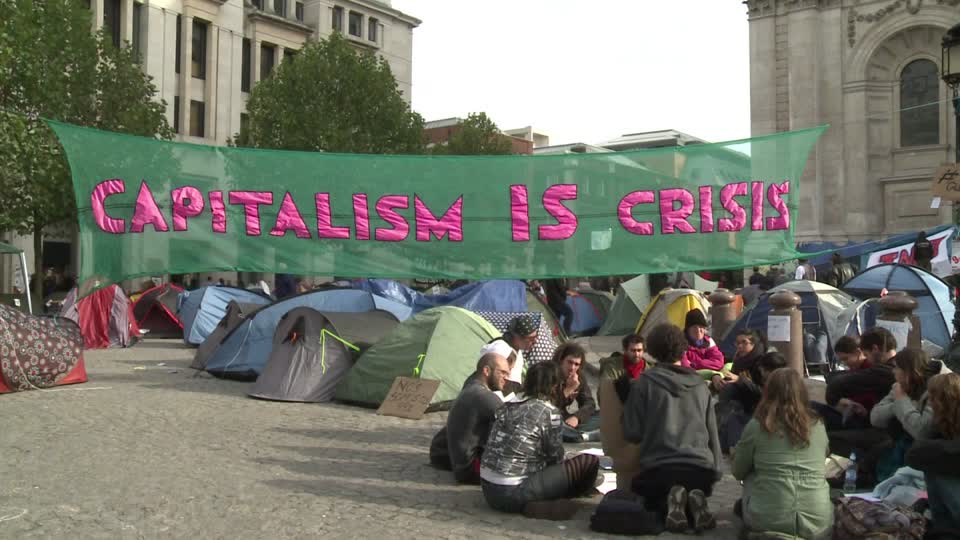 Capitalism is an economic system which encourages the private ownership of properties and having absolute power over them. Technically saying, the owner of the land and capital would get greater share of the earning and Govt is nothing to do with such economic matters. The owner can use his/ her property according to his/ her wishes and desires without caring of others but those desires must not be in contradiction to the laws of the state. After a long period of cold war between capitalist states and socialist states approximately from 1946 to 1991, the capitalism undermined the other economic systems of the world especially the socialism after disintegration of Union of Soviet Socialist Republics (USSR) in 1991.America, becoming the super power, the world turned into uni-polar and most of the economies converted into capitalist. The whole academic study of economics also started to be on capitalism.

The profounder of communism, Karl Marx clarified the shortcomings of capitalism. He said that the capitalism violates the central values of the society like; equality, liberty and freedom. The capitalist would never think for welfare of the society but to him/ her maximization of wealth is everything. They too do not promote democracy as much as they are the ruling class. Identically, Liberty and freedom of the labor class is smashed in the capitalist system as the goal of the capitalists are to get the workers to work maximum feasible hours and earn more and more profits. Marx pointed out that the labors produce by providing their services but the industrialist without any physical efforts would receive income much more than the labors that are only provided with the basic needs. As of aforementioned reasons, Marx considered the capitalism as a crisis instead of a system for the economic development. According to the prominent economist Robert Reich, who was secretary of labor in the Bill Clinton administration of America, says that the income inequality in America has greatly risen from 70’s to up to date. Because of income inequality the people faced income constraint which gradually caused the women to work along with the men in order to fulfill the economic needs of the families. Then, step by step the women got opened violating the cultural norms and values. So, the erosion of cultures is the result of capitalism.

Actually, the capitalists or industrialists in greed of earning run their industries more than 12 hours in a day that emit dangerous gases like; greenhouse gases, carbon di-oxide and so forth that are the reasons to trigger the global warming. These virulent gases are bringing negative effect on the climate. The different scientists unanimously agreed that the ozone layer is getting damaged through the dangerous emitted gases and the disastrous rays of the sun are directly coming to the earth, spreading various kinds of diseases that are dearly harmful for the human as well as wild lives. The glaciers are also melting due to the cause of global warming caused by the industries at large. The sea level bit by bit is growing higher and higher. The studies have shown that the rise in sea level in past years on average has been 3.2 milliliter annually and this trend predicted to be continued. Sadly, the major cities of the world existing near the sea will be inundated which would be a severe threat for them in coming decades.   The history reveals that the countries following the capitalism have suffered much strikes and political disorder in light of income inequality, labor discrimination and other economic crisis. This is the system which gives birth to the inequality and clan system in the society. That are the reasons many economists consider the capitalism as a crisis and causing crisis in political, environmental and social aspects of any country.

The writer is a master degree holder in Economics