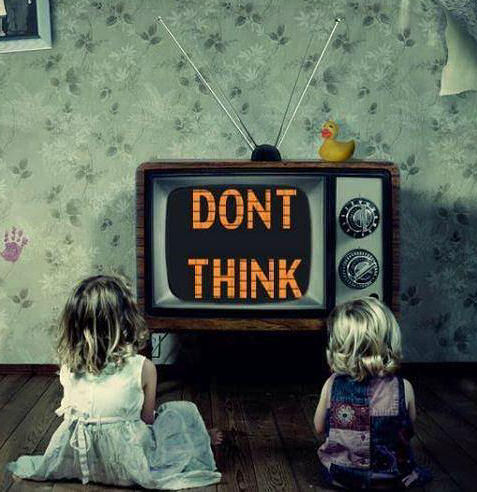 “Pa Pa; Pa Pa, I want to eat Kurleez, PaPa Pa Pa Kurleez.” A four-year-old child cries and tries to persuade his father to buy him Kurleez that had flashed on the screen of the T.V before some minutes. This is not a story that I am going to develop rather it is how media injects the mind controlling viruses into our brain. In other words, we can say that media has become a tool to manufacture human minds. The query arises here is that how is it possible to manufacture human minds that by media is more ridiculous? Now I will try to explain this paradox.

Basically, mass media are media forms that are developed to access the audience. It includes television channels, radio, newspapers, magazines and etc. In the same fields, hundreds of researches have been carried out to gauge and understand the human psyche in order to have more influence over masses of the society through media, which is known by name of “science of communication” which is, used in marketing public relations and politics.  Our opinions and ideas are largely being motivated, formed and redefined by media and its organizations.

In this regard, the writer of book “a brave new word” Aldous Huxley, in the preface of the book portrays a very grim picture of the society. To Aldous Huxley, the society is controlled by an “Impersonal force”. In simplest words, the ruling elite which in all ways and patterns manipulates the people using different tactics.  Aldous Huxley says, “Impersonal forces over which we have almost no control seem to be pushing us all in the direction of the brave New Worldian nightmare; and this impersonal pushing is being consciously accelerated by representatives of commercial and political organizations who have developed a number of techniques for manipulating, in the interest of some minority, the thoughts and feelings of the masses,”

The words of Aldous Huxley give us a glimpse of the outrage and rampage caused in the Muslim world by hilarious movies “The innocence of Muslims”. The main agenda was to create havoc and unrest in Muslim world.  As we came to know that media is run by an “impersonal force”, in the same manner there are researchers and experts who believe that common person is not able to rule or take decision.  A famous intellectual and two times Pulitzer winner, Walter Lippmann compared that masses to “great beast” and a “bewildered herd” which is needed to be led by governing class. In his opinion, the ruling class is “a specialized class whose interest reach beyond the locality” He said that to have a better and a well functioning, it is must to distinguish between a common citizen and ruling one. Therefore, in entire world and almost in all countries, we can find a distinctive ruling class which is in control of all affairs running behind the scenes. Even America that highlights herself the bastion of peace and freedom is under the control of ruling elite. All the political and economic powers are under the hands of “ruling elite” which controls most of U.S based multinational corporations, major communicational media, the most influential foundation, major private universities and public utilities.

The sixty four thousand question arises here is that how to understand this all illusion?

A psychologist, Carl Jung, gives the theory of concept of collective unconscious.  He states, “In addition to our immediate consciousness, which is of a thoroughly to be the only empirical psychic, there exists a second psychic system of collective, universal and impersonal nature which is identical in all individuals. This collective unconscious does not develop individually but is inherited. It consists of pre-existent forms, the archetypes, which can only become conscious secondarily and which give definite form to certain psychic contents.”

It means that usage of different symbols can leave a lot effects since these all are embedded in our unconscious mind when they are exposed to take out natural attraction. The example can be given in this manner that many advertising industries use female hot models in the advertisements in order to touch the animal part of our mind which forces us to do the act even we have no clear intention. Just take a glance of the things that you bought even you might not need 50 to 40 percent of the things from the very first place, but your collective unconscious mind forced you to do so.  To further understand the theory of media manipulation, a scholar, Harold Lasswell said that in order to understand the meaning of message of  movie, speech etc. One should take into account the frequency with which certain symbols try to persuade the audience’s opinion and the intensity of the symbols used.

By this model, Lasswell means that if we want to properly analyzed a media product, we should see who produce it (the people who ordered for its creation) who was it aimed at (the target audience) and what were the desired effects of the product (to persuade, to convince etc) the audience.

The example of Shehzad Roy’s program Wasoo can be like this according to this model:

Who produced: Geo; What: Shehzd Roy and Wasoo; to whom: People of Pakistan; what channel: Video program; and what effect; Spreading awareness and showing the backwardness of Balochistan. In the same manner, the powerful elements try to persuade the people by changing their opinion by the help of desensitization. In the bygone era, it was very difficult to manipulate the people because the social changes were easily seen and felt by the people, but now media propagates the agenda of elite class through desensitization. The things even might be against the interests of common public but it is made acceptable through media. The example of Mekheran highway fits here. The project was totally against the interest of the local people, but the authorities made it liable by giving the explanation through different government run T.V channels that the successful completion will bring improvement and development in the lives of local people, but which never did. Now the project is completed neither the local people are taken as employees nor they have seen any benefit. The negative economic shift can easily be felt. The companies have taken control of all natural resources which are being transferred to other areas of country through Mekheran highway. In simple words the corporate world rules there. Taking it wholly, we live in a world where our minds are molded, our tastes are formed, our ideas are suggested by the people who we have never seen and heard of. Simply, the media conglomerates have turned us to robots, which they control through different sources. All and all, the corporate world manufactures us.

The writer is a M.Phil student of Journalism in University of Karachi 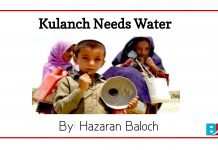