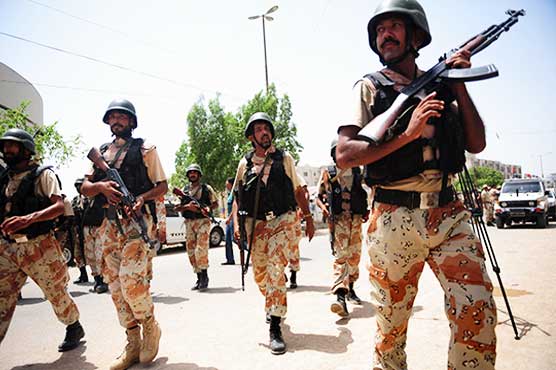 At least ten suspected ‘terrorists’ have been killed during Raddul Fasad operation carried out jointly by Rangers, Intelligence agencies and CTD in Dera Ghazi Khan. Three Rangers personnel were also killed in the operation.

According to ISPR operation was carried out in Basti Deedwani area of Dera Ghazi Khan, Punjab.

During the operation nine to ten suspected ‘terrorists’ of a banned organization and their facilitators were killed.

Two of the killed ‘terrorists’ were identified as Asgher Deedwani and Muhammad Naeem.

ISPR further said the operation was still in progress to clear the area from the terrorists.