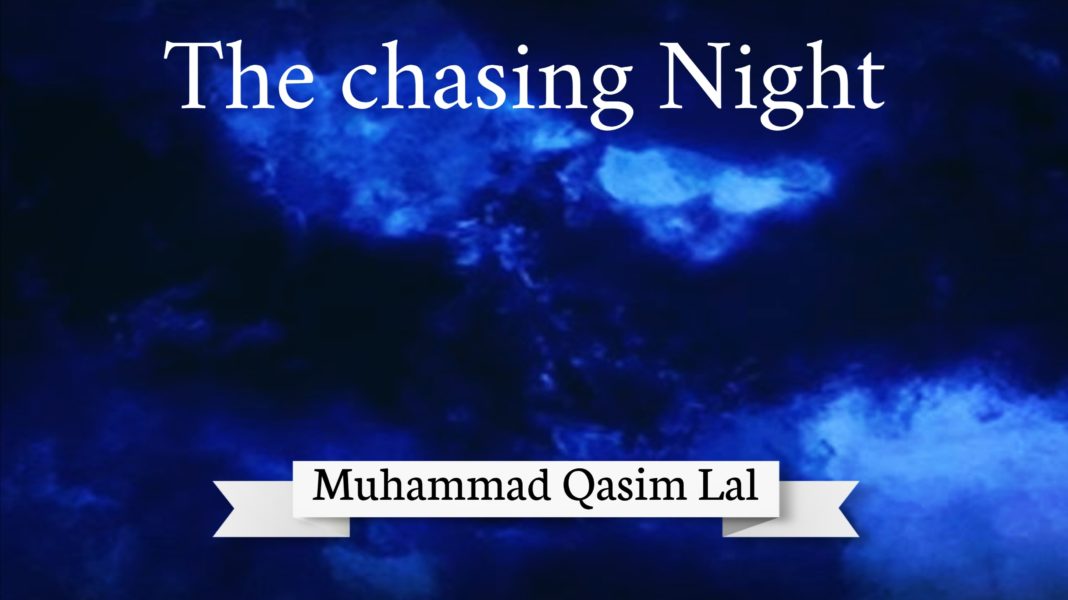 It was a dark night. Yalhaan was sitting near a river and murmuring to himself. Darkness had just wore the crown and was enjoying its throne. But Yalhaan, despite respecting the darkness, kept murmuring.

Avoiding darkness and being lost in thoughts is an open sign that darkness does not valued Yalhaan. Or maybe to Yalhaan, darkness only meant a shadow, a shadow where you cannot see the things. But the river’s sound, where water was flowing, meant a lot to Yalhaan. It felt there was a great bond between river and Yalhaan. Because it was the river to whom Yalhaan talked, shared his worries and problems. And the river always listened to Yalhaan and talked to him too. The beautiful voice which it generates, when water flows, is the language in which river always talked to Yalhaan.

However, Yalhaan was still engaged in the river that a noise broke their conversation. He turned his neck and saw a light coming to him. The nearer torch was the clearer picture was. He soon came to know there were two people coming towards him. Their putting feet on the ground seemed that they were ballistic to the land. Or maybe they were furious with Yalhaan’s presence there.

“Who are you? And why are you sitting here?” one of them asked to Yalhaan as they reached.

Yalhaan was not clearly seeing them as they had a torch which was focused on him. However, their question dragged Yalhaan to a deep thought that who he really was and why was he sitting there at that very moment.

“What if I tell them that I am Yalhaan, and I am sitting with my friend? Will they believe? A friend who has no name? A friend who only talks to me?” He pondered.

“My name is Yalhaan and I am spending some times here.” Yalhaan replied.

He thought he did a mistake by not asking their identity.

“Don’t you fear? You are alone sitting near a river in this darkness?” One of them asked back.

“Fear? Fear from what? From this land? From this darkness or from this river who is my friends.” Yalhaan asked to himself slowly.

“No, I do not fear.” He answered them sincerely.

Measuring their outlooks and method of interrogation, Yalhaan reckoned who they were and why they were disturbing him and his friend.

As they focused the torch to themselves, Yalhaan saw two men wearing some eerie gray clothes, cap on their heads and heavy guns on their shoulders.

Today marks the sixth year when Yalhaan last came here. He came back to meet his friend after very long. However, with this long arrival, there appeared some governmental officials who came to change the route of the river.

“We have come to change the water route in the river by tomorrow, as there has been no rain for a long duration. They have shortage of water.” One of them said to Yalhaan.

Listening to his words Yalhaan haggardly cogitate. If they change the water route, water will flow here and he will not be able to meet his friend again, he thought. It was only the river to whom Yalhaan could share and discuss his problems, bewilderment and anxiety.

Yalhaan got disheartened. He could not believe what he had just listened to and looked at the sky. He closed his both eyes with tears trickling down from his eyes.

When he opened his eyes back, he witnessed a miracle. The clouds showed on sky. After around half an hour, it started raining.