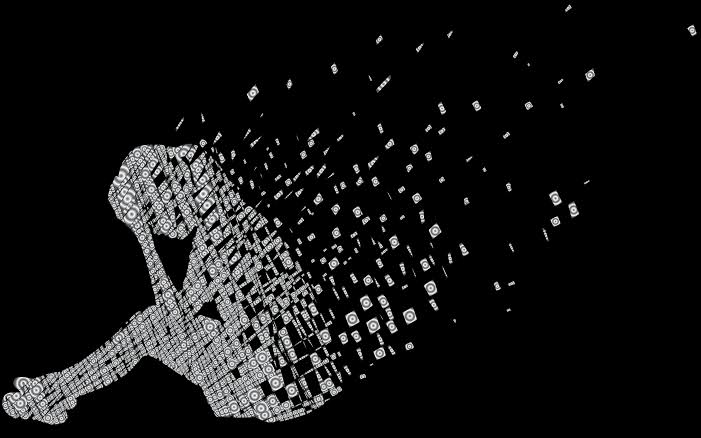 The depression is derived from the Latin word depressio which means “to down”. Depression is a mental disorder that disturbs the complete life and bring many changes in human being such as; wieght gain or loss, restlessness, irritability, sleep too much or too little, loss of interest or pleasure in daily activities including sex.

However, the physicians of BC mixed it with all of the mental disorder in the name of  melancholia during Hypoacrates and such mental disorder were treated by music or dance. Later the word of depression were introduced. Beside this, the WHO ( World Health Organization ) estimates that more than 300 million people worldwide are suffering from depression and is also the cause behind world leading disability. Nearly, 800,00 people die due to suicide in the world each year which is roughly one death every 40 second at the age of 15 to 24 years. In fact, middle age women actually have the highest rate of depression with the disorder , most prevalent among women age 40 to 59 years old.

Although, the lowest rates of depression are seen among teenage boys aged 12 to 17 and men over the age of 60.

On the other hand, depression has many possible causes such as; inheritance disease, some stressful events of life, brain chemicals, after getting an accident, chronic diseases, using drug like alcohol, insomnia, chronic pain or attention deficit hyperactivity disorder (ADHD). Depression is characterized into many types. Some of them are as follows;

It is characterized by persistent feeling of sadness, hopelessness , thoughts of suicide ,insominia loss of interest in daily work, fatigue or person symptoms appears during 2 weeks.

This is also called dysthymia and chronic form of depression. The symptoms last for at least 2 years including loss of interest in each pleasure work,  feeling hopelessness.

This occurs after the birth of  blue babies in female mostly, while some women get it during pregnancy.

This depression is tied to a women menstrual cycle. In this form, mood swings of the person, get anxiety and negative thoughts present themselves in week prior to start of mensturation. Mostly people consider the depression is a small disease and ignore it, but to be true, it is the core cause of suicides or other death caused by leading diseases that are attacking the over all globe badly. Beside this, it boosts up other diseases like heart attack , diabetes, arthritis, brain storm etc.

As people of backward area do not treat such patient and consider them as mad, but actually they need love, mediation and rest from fellow human beings. Such patients were and are yet cured by beating , putting shoes on nose in rural areas, but the modern world is treating such patient by dance, music meditation, yoga rather than using old tricks.

It is high time for each individual to spread awareness among people that depression needs to be cured by love and care rather than suppressive tricks. As an obligation, we must treat patients effected by this chronic disease with love and affection to overcome such a deadly torment. Keep living and help others live too.