Home Latest News Thaheer all set to come up with a new episode of Balochi... 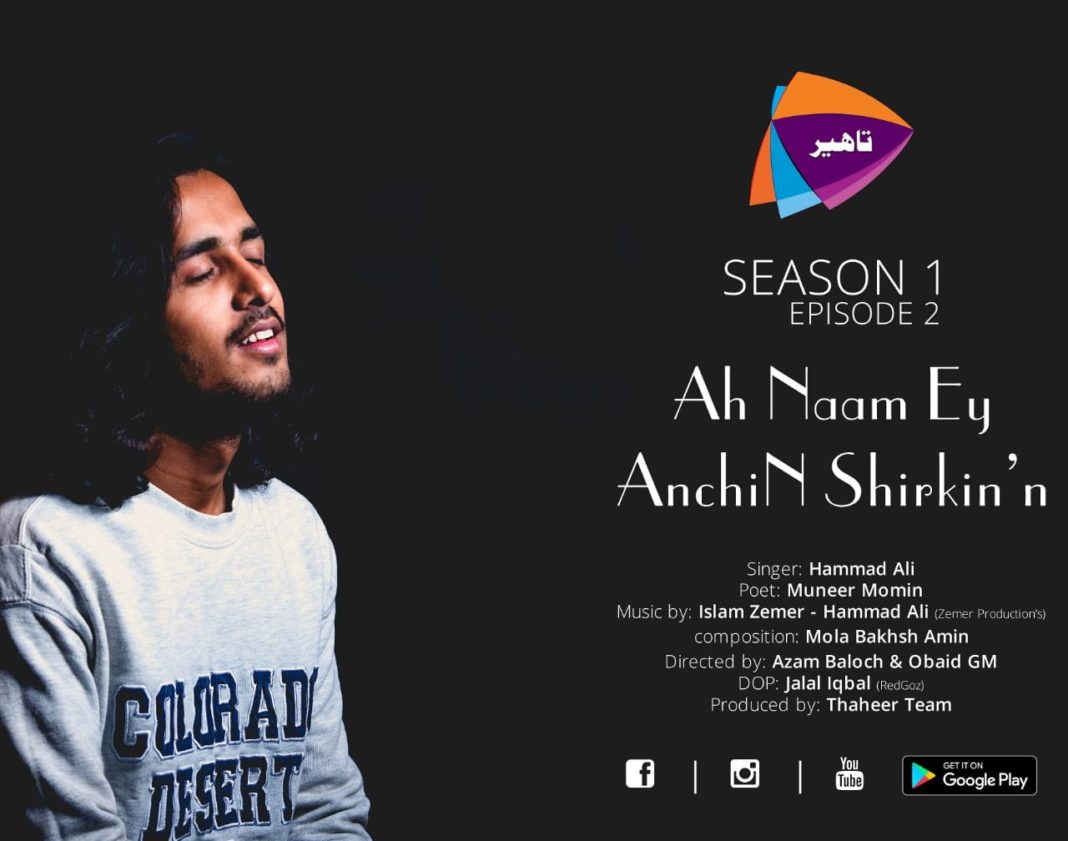 Thaheer application has completed the recording of its season 1 episode-2 song with new innovation of musical instruments.

According to the Thaheer team the song has been recorded by zemer production in Karachi. Thaheer has started its first season with the aim of modernizing and innovating Balochi music. In the first episode of season 1, famous Balochi singer Wahab Baloch showed up his talent by singing the poetry of one of the most prominant Balochi poets Murad Sahir. His song received a great deal of appreciations from the public and music lovers.

The recording and the shooting of new episode has been finalized and is releasing on 28th of December 2019. The Thaheer team has put sincere efforts to record and present the music and video of the song differntly and innovatively.

In the episode-2 Hammad Ali has sung the song titled as “Ah Naam Ey Anchen Sheerkin en”. The poetry of the song is by Muneer Momin, composed by Mola Buksh Amin. The song has been recored in Zemer production, music is by Islam Zemer and Hammad Ali. Mixing and mastering of the song are by Hammad Ali.

The full audio song is releasing soon and will be exclusively available in Thaheer application. The video will be uploaded on the official youtube channel of Thaheer.

Go to the following links for trailer of the song