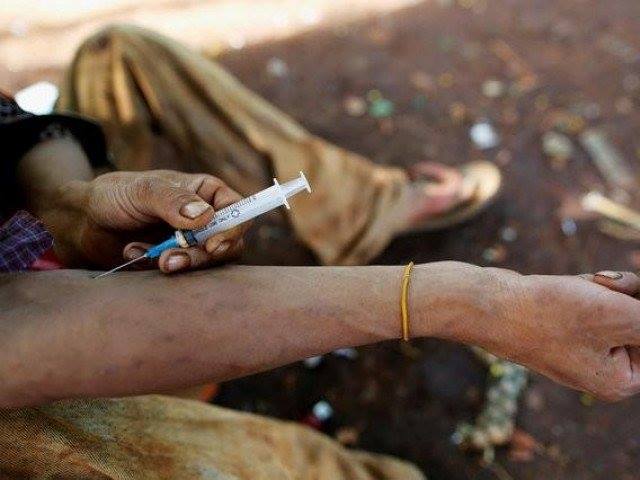 
The most common and destructive problem which have  covered the lives of more than 1.8% People in Balochistan with its mantle where the rays of solutions are often hard to reach.

Scientifically  drugs are chemical substances that effects the Central Nervous System (CNS) and devastate the brain.When a person use the drug for the first time then he gets an artificial Euphoria which may latter leads to addiction.The majority of drug addicts usually starts with soft drugs like Gutka, Pan, Ciggarrate and moves to hard drugs like Heroin, Opium and Cocaine and many more types about them most of us are unawared yet.A drug user loses self conciousness and thinking capacity.

It is such an evil which spread from one to another. There is no single age group of people more effected by drugs than young people. It effects each and everyone of us directly or indirectly.In our homes, in our schools, in our families, in our domes and in our community  up-to half of people under the age of sixteen are addicted to drugs whether is it is ”Chaliya” or in most advanced form about which many of us are not familiar. Accordingly in our society the rate of drug usage is increasing exponentially due to its unrestricted supply and deficient society response.

The increase has also been accompanied by an increase in HIV positively. Now the question arise who is responsible for this increase in drug usage in our society? Parents are to be blamed for drug usage of their children as they have not looked after them. Youngsters often get addicted to drugs due to neglect of their parents.When young people sit in gathering of old people then its very likely that they can get addict to drugs.The government doesn’t get effective action against drug business in Balochistan because that allegedly some government higher ups are involved in this practice.

The point here to be mentioned is that the Parents must be vigilant in keeping an eye on their children.It’s upto parents and members of civil society to play their role in eradicating the drugs usage from this society.