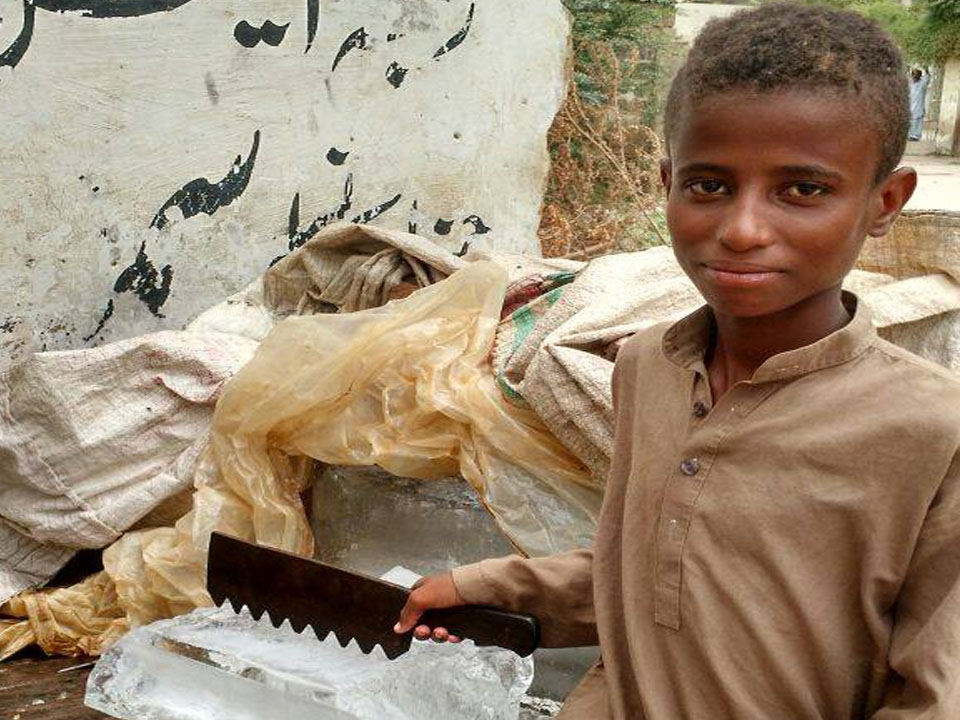 Safar is almost 10 years old and lives in Malir with his father. As he was playing on the street in his neighborhood one day, Karachi United Coach Nabeel happened to notice that this young boy had something special about him. He invited him to try out for the Karachi United squad that was training for their upcoming competition in Qatar.

Safar impressed the coaches at the trials and was quickly recruited to join the squad. During peak prep-season, Coach Kareem noticed that Safar had uncharacteristically missed two consecutive training sessions and was concerned.

When Nabeel went to Malir to check in on Safar, he found him selling ice on the streets. Bewildered, he inquired why Safar was there.

Safar’s father worked as a caretaker for a school for years, and when they refused to pay him his pension, it put his family in financial turmoil. He could not afford to pay the Rs.500 Safar needed to get his travel documents ready for Qatar.

Desperate to go, Safar thought he could raise the money on his own and decided to sell ice. Humbled by his perseverance, the coaches told him to focus on his training.

Safar went to Qatar, and being the first person in his family to travel outside the country, he was ecstatic! His performance in the tournament was inspired, and he has a bright future in front of him.