Home Latest News Moving into the mountains gives nothing, but destroys Baloch: Zardari 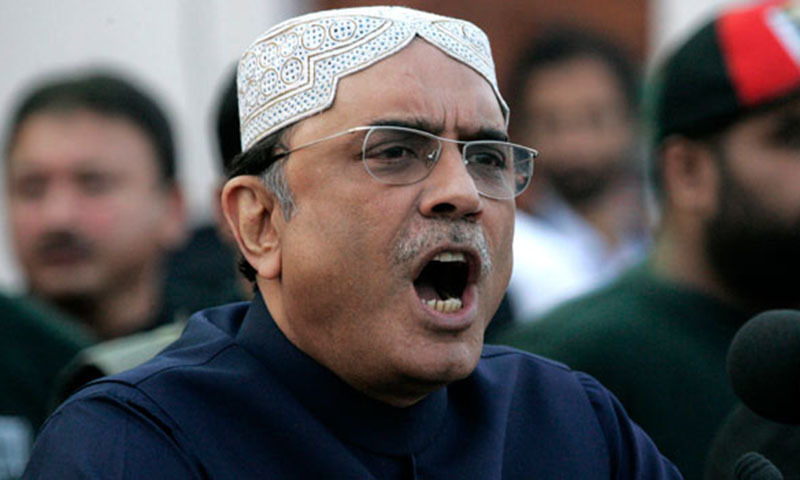 Former president of Pakistan and co-chairmain of PPP Asif Ali Zardai has said Baloch should join the mainstream politics instead of moving into the mountains.

While addressing the people on the anniversary of Jaffar Khan Jamali in Jafarabad, he said the rights always cannot be snatched and the Baloch should go according to the World Order.

He said by moving into the mountains, the Baloch have gained nothing rather they have destroyed themselves and the Baloch should not become the victim of international conspiracies.

He said China-Pakistan Economic Corridor (CPEC) will be a game changer for the entire region and if PPP gains power in coming elections, the Baloch people will benefit the most from it.

He said the Baloch have always been recognized for their bravery and simplicity, but I feel pity to see the current state of the Baloch people.

Zardai said Nawab Khair Baksh Marri was a distinguished personality and he had much respect for him, but today seeing the condition of Marri and Bugti tribes, I can only feel pity for them.