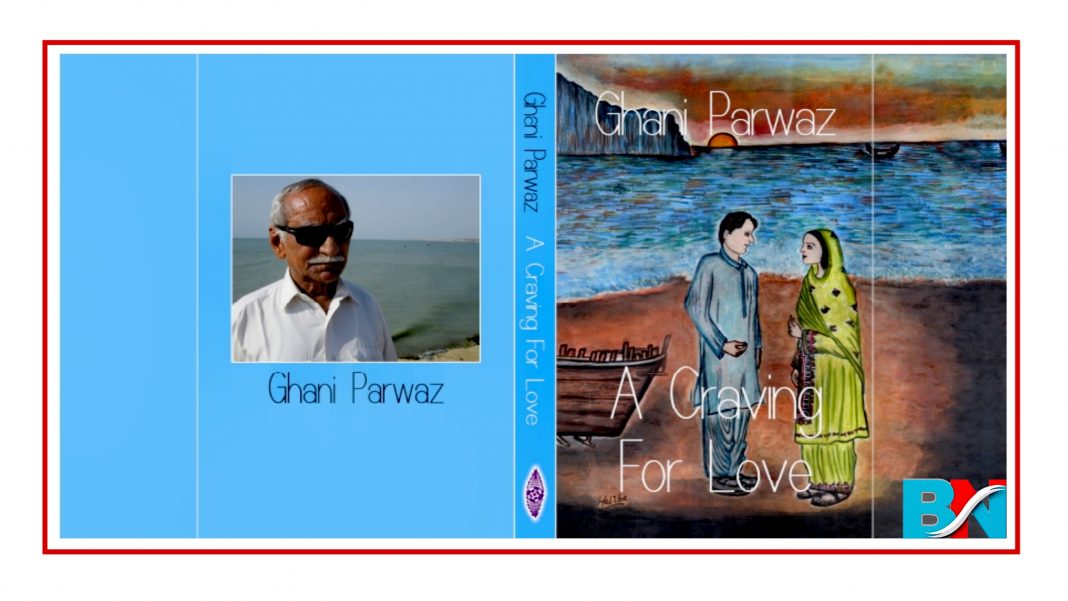 0“A craving for love” is an excellent novel, authored by a well-known Balochi writer, Ghani Parwaz and was translated into English by Amjad Bojair in 2014. The book itself in Balochi language was published in 2000 by Jamshad Publications, Turbat, Balochistan.

Ghani Parwaz, who was born in 1945, has authored 28 books which include short stories, poetries, novels, criticisms, compilations and researches, is a famous Balochi and Urdu writer. The writer has been awarded with so many awards for his publications.

The book begins with a character namely Asadullah, who every late evening placed the chair in front of the door to catch the sight of sea son. Suddenly, in one evening, he, as habitually happens, was sitting on the chair where he saw a neighboring woman, coming out from her house. So, the man started thinking about her that she would be a modern and an educated girl.

However, he had already married with Asia and had four children, but Asia was an uneducated woman. The routines changed after some times when it became usual that while sitting in drawing room and looking at the girl coming to him for starting to speak to him. After getting close with an educated and free-minded woman (Shahida), he deeply fell in love with her.

Asadullah proposed Shahida for marriage but she refused to marry. But later on, he successfully managed to generate love in her heart for him. She accepted him and soon after they married. After their love reached at its peak, Asad doubted that their love may not last for long. So, he committed suicide from Koh-e-Batil.

After his death, Shahida became so upset and cried a lot. After some days of his death, she got a letter in which it was written, “I have committed suicide because people should always remember us as great lovers like Sassi and Punnu, Laila and Majnu, and my beloved, for this reason , I preferred to commit suicide.”

This book is a must read book because it tells the story of true love. It portrayed the Baloch society throughout the novel which is the most decent point about the book. Although it did not end the way it should have, but it deserves appreciation and a read. The translator has been fair with his work of translation.