Home Latest News “Fact and Fiction” introduces us with the reality 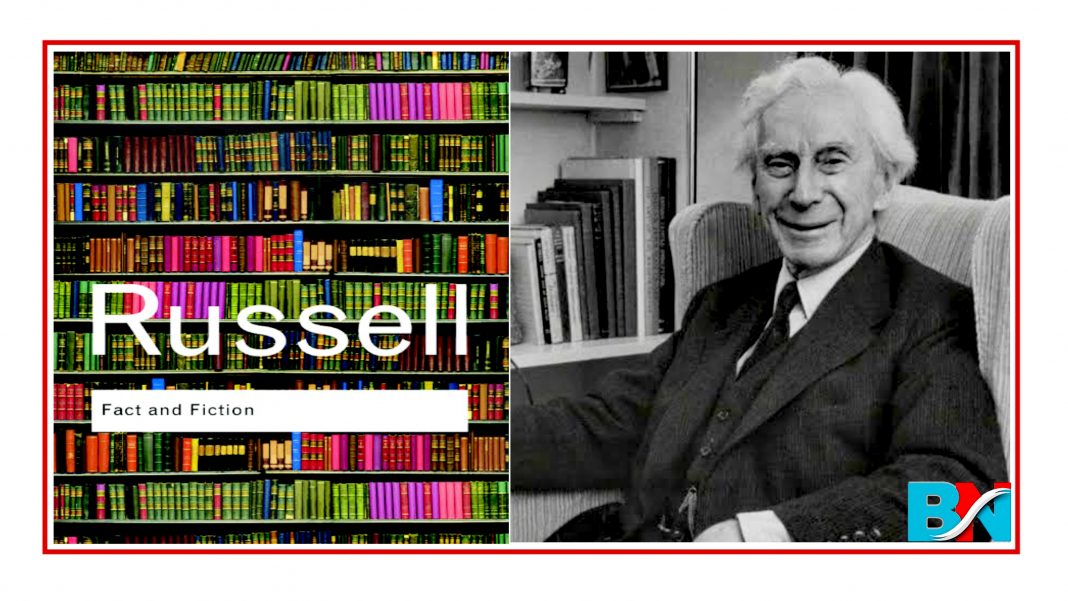 What is freedom? What is democracy? What is nationalism? What should children be taught? How can nuclear weapons destroy the mankind? These are some unsettling questions we confront in the contemporary age. The eminent philosopher, Bertrand Russell has offered satisfactory answers to these questions in his book, Fact and Fiction.

“Fact and Fiction” is a collection of essays in which Russell has talked about a plethora of topics which mostly include politics, liberty, literature and so forth. He has tackled these topics potently and delivered coherent answers that not only make us understand, but also question the reality. The incandescent literary language of the author assuages the reader, however critical he is. Russell has eloquently demonstrated the most sought-after dilemmatic questions in simple words.

The book consists of parts which comprise of his views on politics, literature, education and, at the end, an efficient account of war and peace. Some of Russell’s fiction stories are also included as he is of the view that there is a realistic element in fiction.

In the first section of the book, Russell talks on his early literary influences during his formative years. The writers, whom Russell was influenced by, include poets as PB Shelley, Ivan Turgenev, William Shakespeare, Johnathan Swift etcetera. These writers helped him form his philosophical ideas.

Furthermore, he addresses the notions of freedom and democracy. He has accurately explained where and how the freedom of common man is menaced and how the freedom of a group can induce imbalance in society. Russell says there should be liberty but with the avoidance of anarchy. Democracy, according to Russell, is either the power of an adult population or military dictatorship by a certain small minority of democrats. Besides this, democracy does not necessarily involve liberty and it is a flawed ideology. For instance, it does not defend the rights of minorities. Apart from discussing the flaws and positives, the limited analysis on the history of democracy is very disappointing.

Moreover, Russell condemns the educational system of our time. For centuries, education has been constrained by the state or religious institutions where the outcome has either been nationalism or bigotry against a specific group. Russell asserts that education must be designed to eliminate prejudices and biases instead of fueling hatred. Russell has also included some of his bizarre and weird dreams which he avows are written as they were seen.

The hindmost section comprises of his commentaries regarding nuclear tensions where he advocates for weapon disarmament and world peace. Apprehensive of the destructions war can beget, Russell writes, “Either man will abolish war, or war will abolish man.”

“Fact and Fiction” is a dispatch to the world where Russell hopes betterment, refinement and edification. Though the ideas are not based on the philosophy of things, but the presence of science makes the book more interesting.