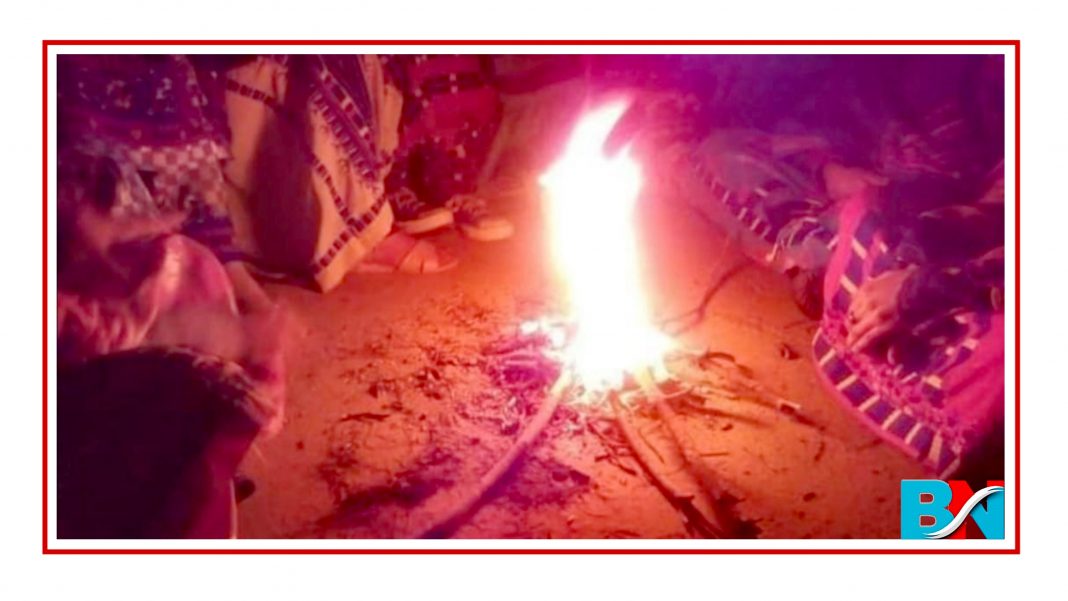 My mind just clicked the flashlight of that shadow, an existence of a sorrowful soul who had tears as white like shroud and unspoken words scattered in the environment. People around were repenting and engrossed in deep recitals not to have such events as that of the woman more painful comparing that to the funeral of the closest ones.

I got mad at myself out of the comprehension of the real picture. I wanted to ask what actually happened, but my lips hoodwinked to speak a word. Instead of being a backbone of a needy person, I left the ground, owned solitude and became indulged with the works of my own. Time passed by and I forgot what happened, to whom and why.

After a week, when I was on my way to academy, I heard people narrating that how a helpless mother’s son was brutalized and then was abducted by some powerful men of the area. People witnessed what occurred but zipped their lips.

Imagining that wet face of the mother covered with the tears rolled down for her soulmate, I remembered the pain countered by the females of my land. I remembered the broken hearts of several sisters and the shattered dreams of the our brothers. I grieved when I remembered how the engaged girls’ desires are scattered on daily basis. I felt the wounds and injuries.

In other words, I just realized the hurdles confronted by every Baloch man and woman of Balochistan everyday. They suffer the worst when their beloveds get abducted, beaten and sometimes killed as well. They have no other crimes but being a Baloch of this land which is a proud for them (Baloch).

Something as if captured my soul, sealed my feet and jailed my eyesight. I could no more feel capable of asking anything relevant to the incident of that woman. I was lost with a quest to myself. I adopted the pathway, started moving towards the academy but where I reached was unknown. I lost the capacity to know about the happenings.

Because my mind was busy, my eyes were wet with tears and my heart was feeling the pain of the hardest days and nights and the helpless conditions of the people of my land. My life just had a full stop here to ask the same question again and again: Is it really a crime to love your motherland?