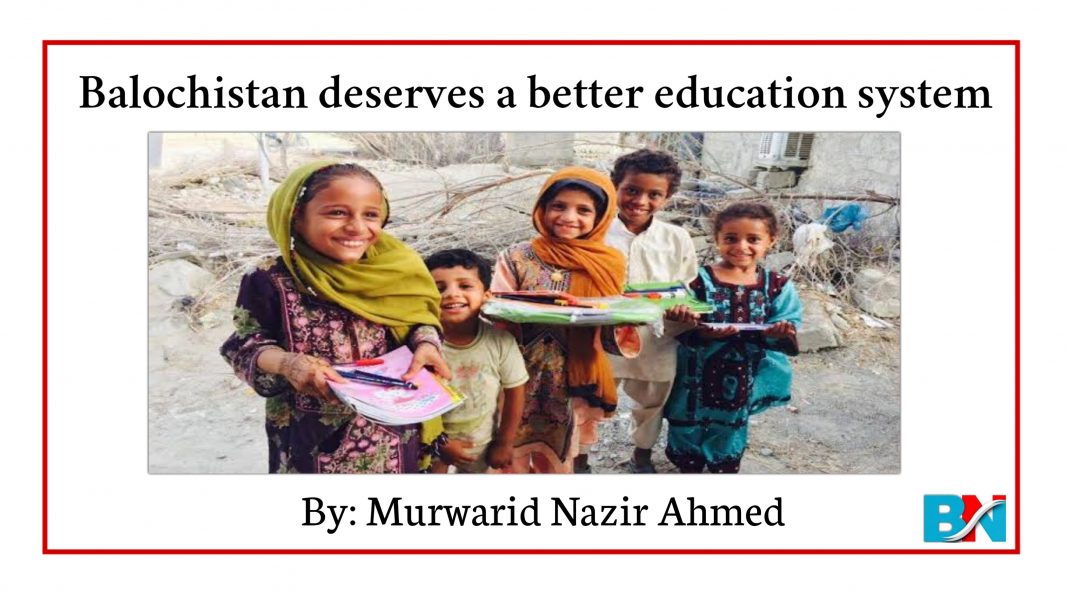 If we want to understand and live life in a better way taking into consideration the modern era, we need to seek education. It is rightly said that education is the cheapest but most powerful defense of a nation or country, but unfortunately, Pakistan seems to be extremely weak to promote education. Even, the government lacks proper planning to upgrade the version of education in the country and to provide quality education, particularly in its resource-rich province Balochistan.

However, Balochistan is the least developed region in Pakistan where masses are considered illiterate and backward. The prevailing situation reveals the lack of access to basic services is a general issue for the whole inhabitants of the province, yet the fact remains solid.

In fact, there is substantial gap in the number of qualified teachers and requirements of qualified which results in hiring of semi-professional teachers who either do not have the will or are not equipped to adequately perform their duties. A general view about the majority of government school teachers is that most teachers have barely passed college and some are even not certified with an official degree.

In Balochistan educators have been relocated from remote areas to cities due to security situations. According to servers report (Dawn 2013), due to political support, majority of teachers in government-owned schools do not bother to take classes because of that about 78 percent of children in Balochistan are deprived of primary education.

Moreover, over the years books in the province like in the rest of the country have been criticized for poor quality. Not only that but also there is a lack of efficient distribution to all parts of the province. Many textbooks that children receive are either torn or lack some pages. Furthermore, in some areas the funds allocated for free textbooks distribution are embezzled by corrupt officials in the province. This leads to more impotence as additional students are deprived of their source of knowledge.

Poor infrastructure is another reason as to why children in Balochistan are deprived of education. However, in some areas of Balochistan, villagers have managed to make shelters and use them as classrooms. Because of it, some other teachers refuse to give lessons to the childrens in the self-made shelters.

Balochistan is blessed with many of the natural resources and having the largest economic project of Pakistan with China [China Pakistan Economic Corridor] in Gwadar, but yet neglected is development schemes. Pakistan is taking full benefits from the province and providing nothing in return. Even though, the basic rights of the inhabitants of the province are ignored. People in Balochistan look forward for the help of government in bringing the education system in Balochistan into sight.