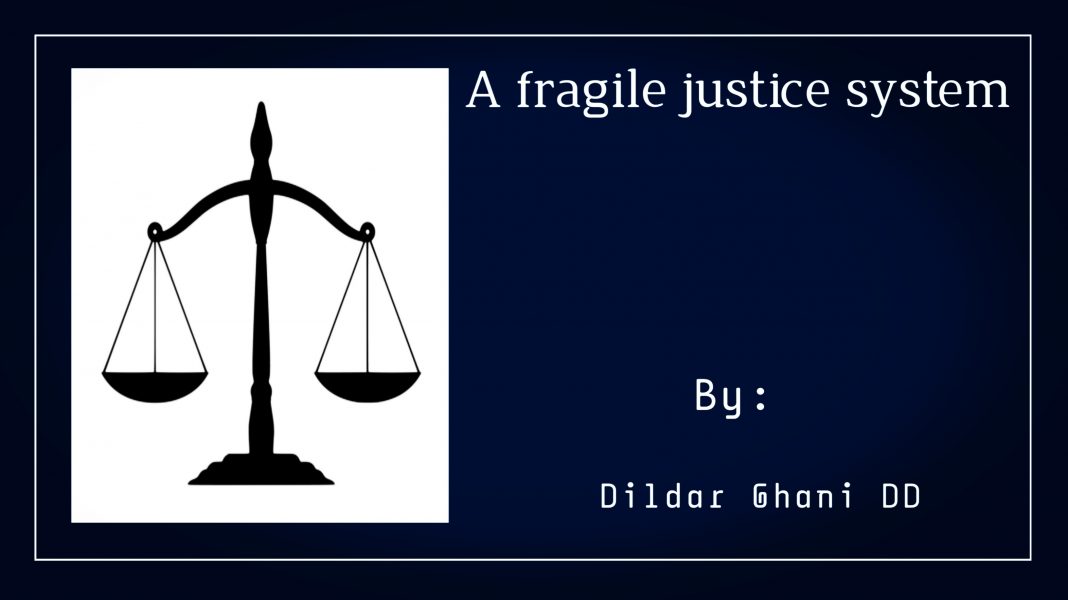 Criminal justice system of every country needs to be as strong as military. People around every society keep a hope for their peace and security. If there exists no proper justice system which the citizens are in need, the superior people of the society, with no fear, create riots and violence. This is one of the very important ingredients of a nation, for it describes the punishments, offences, procedures and the complete guidelines of punishment for the ones who break laws of a nation. In the absence of criminal justice system, the masses always suffer from unjust.

Police or investigating agencies are root of a criminal justice system_ even in every developed county. In Pakistan, police is also the starting institution. Most of the citizens around every society lacks proper justice system. It is all because of police which have no effective rules. Pakistani police is one of the most corrupt institutions where the citizens are fed up. The only purpose of the institute is to protect the citizens from crimes, whereas things differ in our country. People only get just if the police department works honestly.

Furthermore, judiciary is another important component which has a great deal of weaknesses like, justice is always delayed, it lacks amendment, it is what it was before etc. There has come no changes. Most importantly, due to independence of judiciary there comes no one to question to the judges on their weak performance. A huge amount of cases are still pending. If dependants favour the judges, the demanded amount of money is given to the judges to turn the judgement in their favor. Poor are everywhere under the feet of superior. Even the justice system does not see their rights, how come the high class people of society see!

Thirdly, the prosecution lacks powers to direct investigation officers to collect evidences. Then how come it provide justice when it itself has no value? People around everywhere lack proper justice system.

Moreover, it seems a huge failure of our nation. For being a developed country, it shall not lack the importance of justice system. A nation is always known because of its administration. If there is no proper administration, there would be no development. Being in 21st century, a nation’s masses must not face any difficulty to avail their basic needs. Constitution of Pakistan, 1973, with no fear, provides all basic rights but unfortunately, we, the citizens, lack them. It shall be the first priority of our nation to make the criminal justice system strong.

Finally, I request to honourable Prime Minister to be strict to implement such rules where a police officer even must not imagine about corruption. In the eye of law, it is a huge failure for us. Hope we get for what we vote.