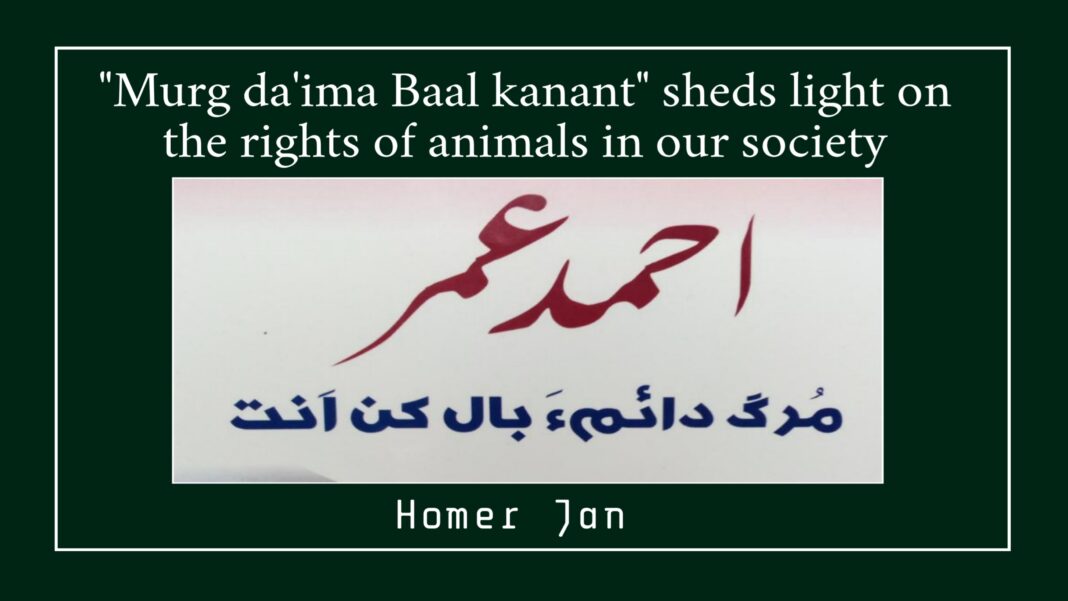 The book “Murg da’ima baal kanant” is one of the most mysterious books that I have ever read. This book is the combination of different beautiful short stories which talk about the various Baloch societal problems and their solutions. This collection is written by a great Baloch writer, Ahmad Umar of Turbat and published by Balochistan Academy Turbat.

Ahmad has beautifully mentioned the real concept of eradicating cruelties on human beings and animals. It talks about the rights of the birds to fly who are caught and caged for long as he says the birds always fly. Birds are there to fly not for being caged. And animals are for being dealt with love other than stoning and brutalities, Ahmad believes.

Besides this, Ahmad’s stories attract every reader and compel them to ponder after they read this book. It ultimately brings a great interest to every reader to practice what Ahmad tried to convey to them. It is, however, Ahmad’s first book which has been published in two editions. The first edition got published in 2013 and second was published in 2020.

Ahmad Umar is one of the most admired writers in Balochi literature. His writing style is different from all other short story writers. In his book he has mainly focused on cruelty on animals in our society, conflicts, misunderstanding, deforestation, freedom for animals etc. He mainly focuses on rights of animals and criticizes the society for not being affectionate with them. More importantly, he has been writing his second short story book which would be a beautiful gift for the Baloch society.

Ahmad Umar says he does not expect anything from the human beings until they stop the cruelty on human and animals like dogs who are more loyal than a human but are the most stoned.

I really loved this book and found it very interesting to read. This book has only 23 short stories with simple Balochi language.

The writer is appreciated for his great points mentioned in the book. I recommend every Baloch to have this book read in order to get awareness about the problems of the society specially based on animals and their rights.