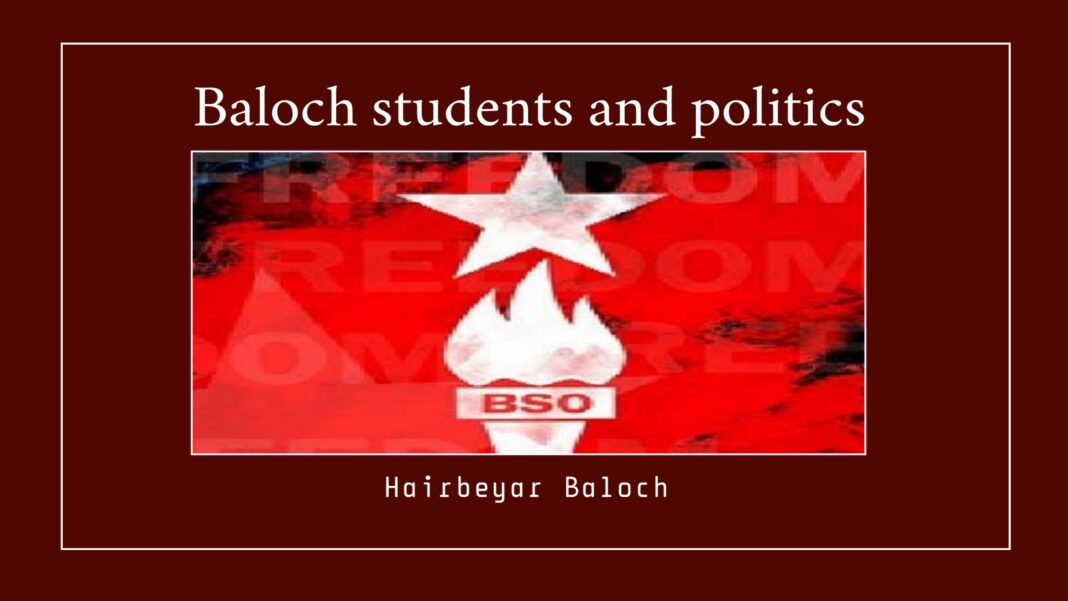 The students are facing many challenges due to the fact that student unions have been banned in Pakistan. In the present time, Baloch students are facing a more stressful and dismal situation. They are being mentally depoliticized in the hand of personal interest-based political parties.

When we see in Balochistan, the majority of political parties have their party wings and they are being used for their election campaigns.. Further, with the help of these student wings, they have divided the student power in Balochistan.

Besides this, there are some group of people who are very active in many parts of Balochistan for their self-promotion and recognition, they are also using premature Baloch Students in the name of Baloch politics. They confidently claim that they are working for Baloch (and proudly call themself social activist and comrades).

No doubt, they are working for Baloch but in photo-session. Why shouldn’t they take photos for their social activities, if they don’t do so, how will they receive funds from NGOs, local government and from many well-known personalities of the areas.

Unfortunately, Baloch has always been divided on the basis of religion, tribes and languages. These comrades and social activists, who call themselves leftist and feminist, and with such ‘ism’ slogan they have confused and diverted Baloch students so that Baloch students should not be able to think critically and highlight their substantive issues. With the virtue of these comrades, the divert and rule policy is being practised and promoted in many ways in Balochistan.

In this critical situation, if Baloch students want to work for Baloch and Balochistan, so they have to come out of feminism, Liberalism, socialism which are being used as tools to divert and rule on Baloch students.