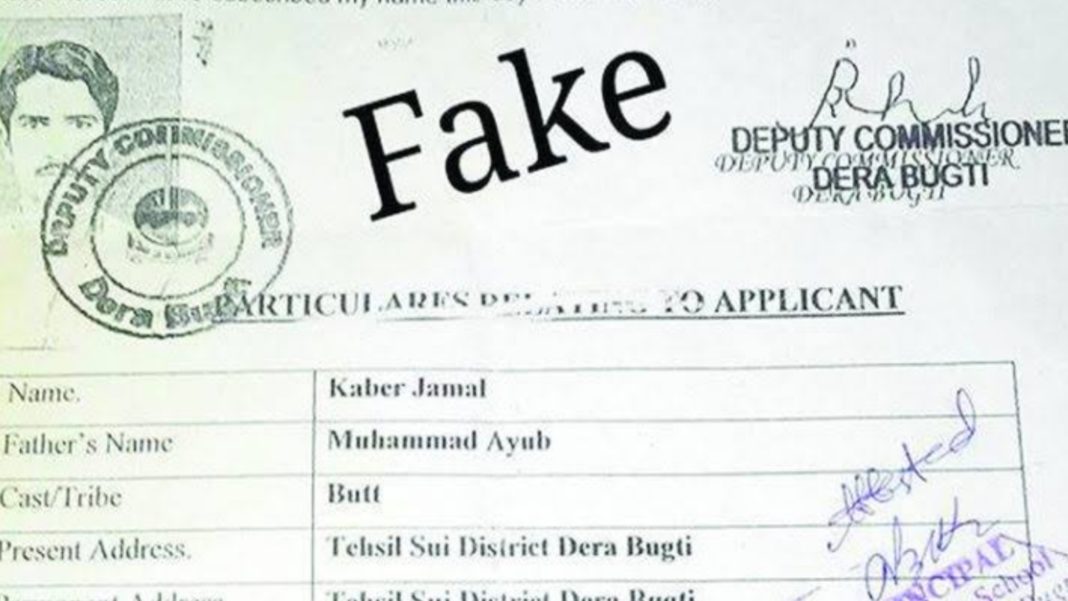 The issue of fake domiciles is rapidly increasing in Balochistan and there is no one to stop it.

The fake domiciles are used to avail jobs and scholarships opportunities available for people of Balochistan. In the same way the fake domicile is also used for applying for federal government jobs on Balochistan quota like CSS & Fpsc.

Balochistan, which is already suffering from unemployment, is being pushed further backward on the other hand. This is not just a problem of today, this problem can be traced back to the 1970s when Balochistan was given the status of a province then the high Authorities started issuing fake domicile certificates of Balochistan to their own relatives who had never seen the province. The idea was that it was easier for an aspirant to obtain a federal job on Balochistan quota because the competition was not that much tough as compared to other provinces.

Last year admissions of Fourteen students in Government college university in Faisalabad (GCUF) was cancelled after recognizing that they had submitted fake domicile certificates of Balochistan.

Furthermore, the Afghan refugees are also using the fake domicile certificates for permanent residents which is a serious threat for people of Balochistan. This also can be one of the main reasons for unemployment.

I appeal to the all ministers of Balochistan to take serious notice towards the fake domiciles and save the future of unemployed youths in Balochistan.

As the Sindh Chief ecretary has made a committee that is investigating the problem of fake domicile, and the brave educated youths have started the war against fake domicile mafia to save their future.

I request Balochistan government to take serious action against mafia and punish them according to state laws.