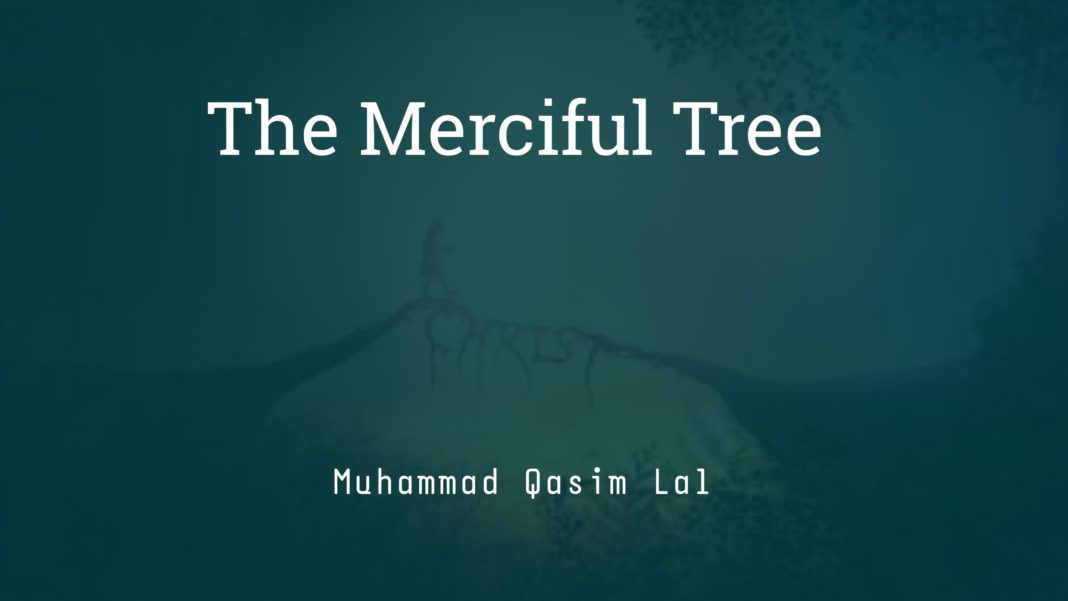 He was sitting under the tree. It was about evening. He looked at the tree and observed how beautiful the tree was. He was lost in the pulchritude of the tree. He imagined if it were a human being, and then regretted of what he had imagined.

“It would have been devastated amidst the means of human beings.” he talked to the tree with a smile.

Actually this was not the first time when he was sitting under this tree, but God better knows what made him to regard the tree. May be the greenish leaves, or the attractive flowers along with their never-ending fragrance adhered him. Or maybe the incident of his parents that led him to remember them sitting under this Tree.

However, he kept his eyes closed and felt the rapturous scent of the flowers of tree. He was lost somewhere there. For a while, he felt internal peace; a peace which never ends; a peace which is surrounded by amenity. Prolonged he was unconscious, something encroached between tree and him.

By the moment he opened his eyes, he saw a boy standing. It was Yalhaan, his best friend. Kamalan and Yalhaan were childhood friends. They lived in the same town namely Drajaben. They both grew up in the village.

Yalhaan worked as a shepherd. He used to graze his town’s cattle and in return he got monthly wages from people.

“Yeah, today I found a new place enriched with grass and cockles, so I did not need to move far.” said Yalhaan in reply.

Kamalan smiled. It marked one year that Kamalan got reintroduction with smile. Even, Yalhaan was never aware of how he got his smile back, but he truly liked that.

Flashing back, the day, when Kamalan lost his parents, took his smile entirely. Their death left anxiety, inquietude, perturbation and tension for him.

People say Kamalan’s parents died because a snake bit them while they were coming home from their orchard. But somehow it is suspected that his parents were murdered by Othman. As they refused to sell their land to him. So, when they were on way to home, Othman with his companions stopped them and injected poison in their bodies.

However, Othman was a businessman and blacksheep who wanted to build a farmhouse in Drajaben. The place which Kamalan’s parents owned was a plane, fecund, fertile and productive soul. That is what compelled Othman to buy this particular land for his business.

Drajaben possessed a well-known name for irrigation. Not only Othman, but everybody nearby wanted to invest on it so they would make a great money.

“Yalhaan, where are you lost?” Kamalan brought him back to present. He smiled and said nothing.

Thankfully, Kamalan got his smile back from somewhere which pleased Yalhaan the most. Kamalan was the only child of his parents. But, back then he lost this status too. He had become an orphan_ not only in the sense of loosing his parents, but his soil too. He also had less companions in the village by then.

They both left the tree and marched to their town. It was now a little dark. The sun had flawed and the night was being magnificent. On their way, Kamalan and Yalhaan saw a crowd near the road. Nearer they reached, they saw an accident_ a car accident in which car rushed to a tree.

“Car is totally crashed, let’s see how the people are in it.” Kamalan said to Yalhaan.

They entered into crowd and saw a dead body. It was the man who orphaned Kamalan.

“It is Othman.” confirmed Yalhaan after looking at the dead body so closely.

They both looked up at the sky and then each other. Soon after, they left the crowd and went to home.