Home Articles Why are we not afraid to lose our brains? 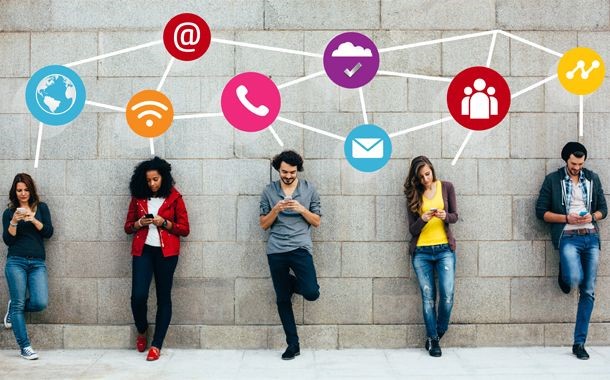 Reading books has always been a part of daily routine of professionals and it has been appreciated worldwide for the sake of knowledge. People embraced the books in Victorian age to save the literature and then it was the book that helped people to trace the ancient history. With the rapid success of technology, people started using mobile phones and with a blink of eye the hard copies were replaced by soft copies. It was an ease for people, students and teachers to reach and collect knowledge instead of roaming in market and finding a book for five hours.

It is a food for thought that a worthy thing was replaced by a temporary comfort in a very short time. People accepted health damages and embraced technological ease with the side effects of eye-sight, migraine, head-ache, dizziness, fracture of backbone and the list goes on. Books were the three times meal and main topic of discussion in every gathering. The reading culture is slowly coming to an end and juveniles are interacting with technology more. The holding of mobile phones is rare in every society. The street-criminals, young thieves, robbers are perhaps the consequences of extinct culture in Pakistan. According to, Gilani research foundation, 75% Pakistanis do not read books. The students hardly know about Harry Potter and Cinderella, because the mobile phone culture is so promoted in houses by elders. The students of ninth and tenth are engaged with PUBG and Tik-Tok twenty-four hours. On contrary to ancient times, the kids read books despite load-shedding and luxuries.

The over-loaded course outline, burdenuization and pressurization from teachers have somehow dishurt the students from reading digests, novels and books. People have sacrificed their hearts for temporary love and brains for online games and now they are left as coelom. Students cannot participate in debates and they are afraid of questions, they hesitate to talk in public due to lack of knowledge. The students prefer lectureship than CSS and PCS because it has a short course and people have to spend less hours.

The dizziness has embodied the physique, and everyone is in touch with Whats-app, messenger, Facebook, tik-tok and PUBG. It is the priority of people now to extend the list of fake relations and break the personal relations. On contrary, they have no worry if they are losing their health for those relationships. People are contiounsly checking their statuses, posts uselessly and achieving 2GPA in every semester. It is calamitous for the progressive Pakistan as the 29 percent of Pakistan is between 15 and 29 and 64 percent is below 30; that makes the youth of the nation. According to UNDP, out of 100 young people only 6 have access to library while 64 have no access to library and out of 100 young people 52 have mobile phones. This statement depicts a very ugly scenario that the number of people who use mobile phones is greater than the number of people who have access to library. The importance of reading is diminishing with the regular or useless usage of mobile phones.

But, the question is that if mobile phones are harming the brains and health in a large ratio then why the youth is not afraid to lose their brains? Are they getting enjoyment from online games? Are the contents of books boring now a days? The question seems very easy but it is an alarming situation for the every department of Pakistan. Why the youth is too much engaged with phones? Are the rape incidents the consequences of our ignorance?

People are very much attached with the fake relationships and their chats that they are afraid to lose their circle or so-called self-respect. People are unable to deny the reality that the only lovers in this world are parents. People are afraid to say no to their social circles and they have chosen to be transcendentalists. They have no worry if they go beyond the religious or cultural values to secure their circle. Secondly, the juveniles are endangering their career by using social media uselessly. On a general observation, boys are making fake feminine accounts to convince the girls for relations and girls are making fake accounts to secure their identity from rape and harassment. The social media, social circles and fake relationships have bounded the people with chains of over-tension.They are unable to get rid of the imaginative world. A hatred surrounding has been created in every house due to this scenario and everyone is depressed.

Many accidents have taken place due to regular use of social media. Currently a famous tik-toker ( Daniyal Khan) passed away in an accident because of using mobile and fast speed. The young boys have committed suicide due to rejection. According to Psychiatrists, the young generation is entering in a materialist world, which is a very pathetic phase. People have failed to stop their children from losing their power or utilizing their power at useless activities.

Another main reason that the youth is distracted from libraries or books is the atmosphere of houses and parents. Generally, parents go to work and send children to tuition, school, and madrassas and then they meet at home at night. At night, parents are holding their mobile phones and spending the rest of moments. This moment creates illusions in the minds of children, and they demand for mobiles. Additionally, they black mail their parents for mobile phones. The elders of the houses have buried the culture of reading books and that’s why children are distracted from books too. Along with books, the literature is also counting its last days. It creates a big question: Where is the youth going? And is there something left in the upper portion?

The continuous usage of mobile phones has not only jeopardized the powers but also the behaviors of the young people. According to Emarsys , there are 3.2 billion people who are using social media worldwide. It is an undeniable reality that social media has colonized the mind of all genders and age. A different change is observed in the behavior of youth like rudeness, ignorance and uses of abusive language. These all factors are reshaping the youth to negative personalities.

It is too ironic that the kids sleep without listening lullabies and folk stories from their elders due to which they are lacking interest about their culture. The youth has quiet joining sports and social gatherings.This situation might end up with technological language and perhaps every person will be diagnosed with millions of diseases. The rituals and folks might be replaced with the scores of online games or fake relationships. In the old days, it was said that the readers are leaders but it is a food for thought that what will the readers come up with if they are wasting time and not afraid to lose their power.