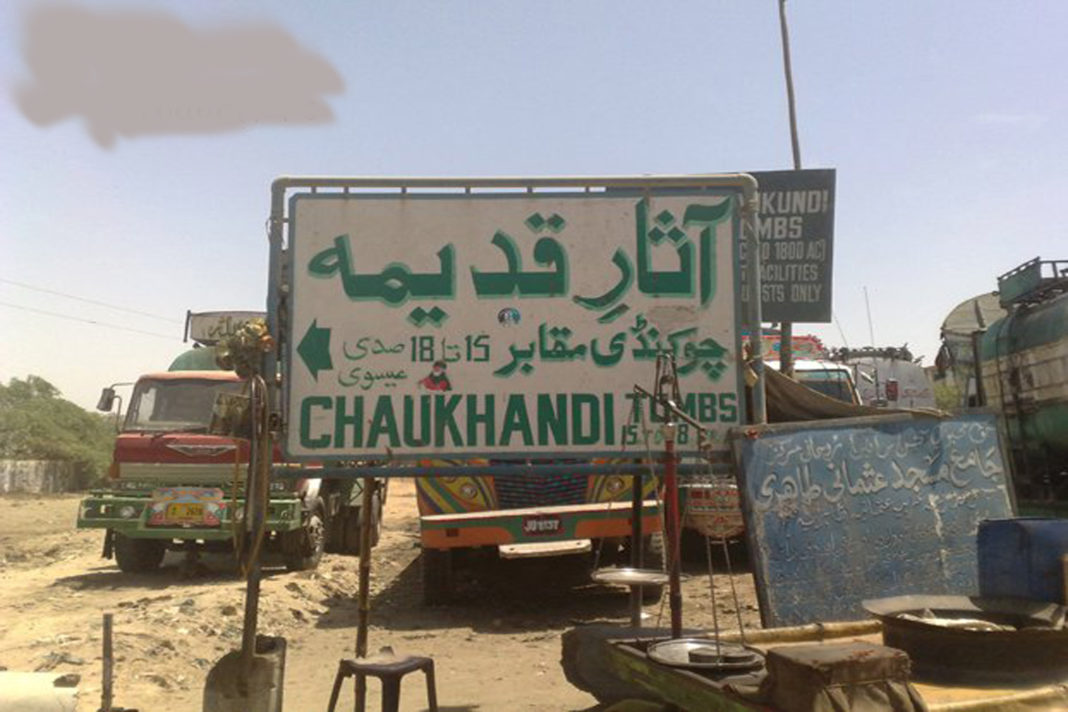 The Chaukhandi tombs are from an early Islamic cemetery which were mainly built during the Mughal rule approximately in the 15th to 18th centuries. When Islam became dominant in the region. Chaukhandi tombs are situated in various parts of Pakistan, including Karachi and Makli necropolis.

Recently, I happened to visit one of the Chaukhandi tombs, situated at a distance of 30KM in west of Karachi at Hub Bhawani district Lasbela. 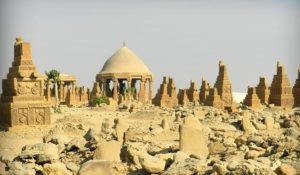 I was astonished to see the dilapidated and ruptured condition of this historical graveyard. It is, due to human negligence that the heritage site has suffered irreparable damage. The danger which tombs are confronting is in the form of damage caused by the people living in the adjoining areas perhaps they do not comprehend values of this historical tombs.

In addition, there is new housing scheme being introduced nearby the graveyard, is definitely not an appropriate idea if we glance worldwide then we would come to know that there is no residential areas around heritage sites, in order to maintain the stability of the structure and to keep it a survey and tourist site. 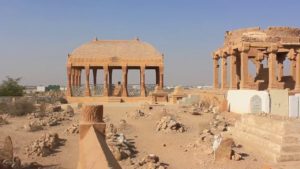 However, these are the threats which are endangering the very own existence of the tombs. As per existing Archaeological laws in Pakistan, digging or constructions work close to an archaeological site is prohibited. This puts question marks on the safety of the sites.

I ,therefore, request the authorities concerned to look into the matter and must take consolidated steps to save and preserve this great architectural site so that its structure is saved for further research and generations to come. 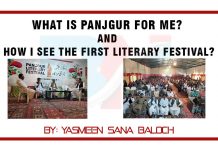 What is Panjgur for me? And How I see the first literary festival? 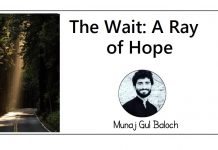 The Wait: A Ray of Hope 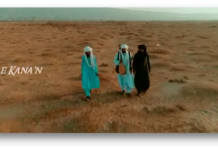