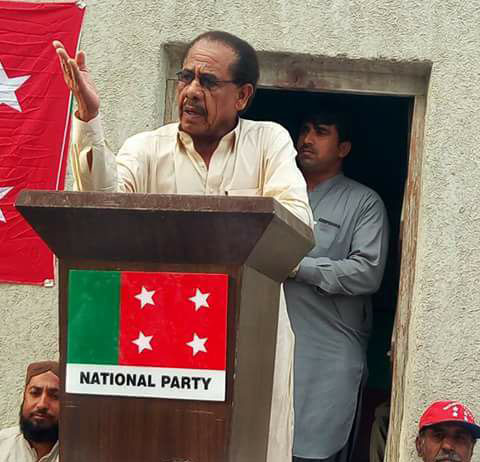 National Party leader and central committee member Abul Hassan has said his party would clean sweep in next general elections.

While talking to party workers in Turbat he said during National Party government record developments were observed in district Kech and the masses would surely vote them in the coming general elections of 2018.

“Whatever the promises we made to the masses before the election, we accomplished them after coming into power. Our moral is high and we continue serving the interest of the people by initiating more development projects for the welfare and facilities of the masses”, continued Abul Hassan

He said workers were the backbone of any political party and National Party had always given much importance to its party workers and stood by them in the time of need.

All the political parties in Balochistan have started their campaigns with connection to the coming general elections.