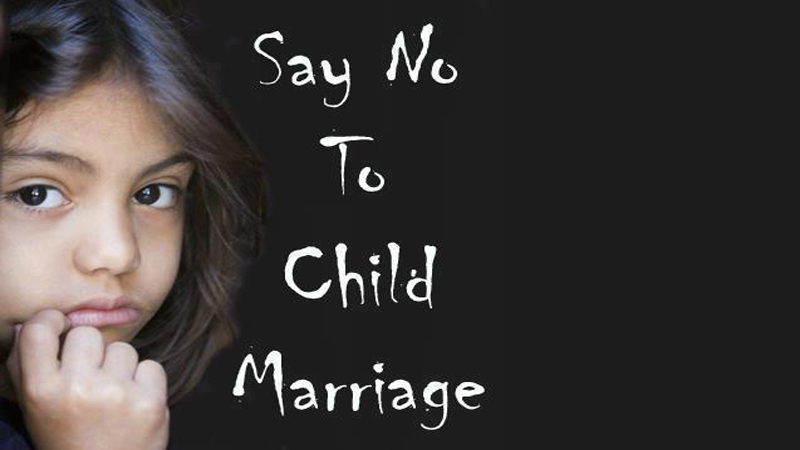 Nobody is willing to break the tradition of this long thread. Only the government can stop this tradition from our community by ensuring the implementation of law forbidding child marriages. Mainly, the children (both girls and boys) are married at the age of 11 or 14 and they are compelled to quit their education and do labour work.

Child marriages are widespread in rural parts of Pakistan and other countries too. Globally around 15 million girls are married before the age of 18 each year and the practice is most common in rural areas of sub-Saharan Africa and South Asia.

According to girls, only a London based organization is working on the issue . A report of 2016 says South Asia has the higher rate of child marriage in the world with Bangladesh at the top in the region with 52 percent followed by India 47 percent, Napal 37 percent, Afghanistan 33 percent and Pakistan 21 percent.

Child marriage is usually practiced to make the tradition alive and sometimes daughters are offered for marriage in order to settle dispute between two groups.

At present time the legal age for woman marriage is 16 and 18 for man in Pakistan under the age child marriage act 1929.

In Sindh, where child marriage is common, a bill was passed under child marriage restraint act 2013 by the provincial assembly. According to this bill, marriage below the age of 18 for girls and boys is punishable by law. This has made the Sindh assembly the first assembly in the country to pass such a bill. In case of underage marriage the parents, bride and the groom can all be sentenced to three years in prison and can be fined 45, ooo rupees. However, this law is hardly implemented and the practice of child marriage is still rampant in the province.

Parents usually marry their young children to reduce the economic burden and they marry boys so that they become responsible and do labour work to feed the family.

I humbly request the government to take concrete and immediate actions against child marriage so that we shouldn’t be seeing early marriages of the children.