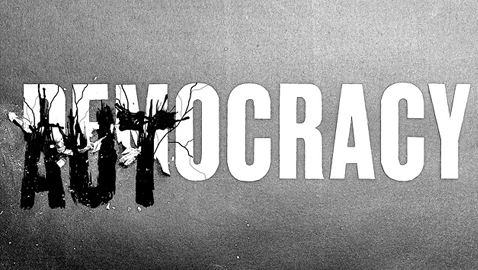 Pakistan was created with an Islamic and Democratic ideology and the founders of Pakistan vowed to establish strong democratic institutions and a durable system. Liaquat Ali Khan as Prime Minister of Pakistan had set a base by putting his efforts for first constitution for a Democratic Pakistan. As someone has said;

“Democracy is the Government of People, By People, and For People”

Pakistan as a juvenile nation was moving on path of prosperity but soon after the assassination of first Prime Minister, the situation overturned. The famous Dictatorship era started in 1958 after Ayub khan’s Marshal Law. It was a beautiful dream in earlier days but led to drastic downfall till the end of Ayub’s tenure. At that time, the politics of Pakistan were taken over by Waderas and Lords.

The Country got its comprehensive constitution in 1973 under Bhutto’s rule. The people were hopeful to get basic rights according to constitution but dreams remained unfulfilled.

Whoever been the political head of Pakistan was an autocrat by nature whether an army man or civilian. All politicians have reached political puberty under the Dictatorship. Only stake holder who was at disadvantage was the Public. They were denied of even their basic rights of water, food, health, and shelter. The lives of politicians changed overwhelmingly by passing time but people’s condition remained miserable.

Can we call it a democracy after looking at severe conditions of people living below poverty line? The answer would be simply No. Because the autocrats have invested nothing in the interest of public but for their own interests. Unfortunately, Infrastructures have been built but people were not given nourishment.

Moreover, Children in Thar die almost every day due to unavailability of clean water. Are we living in 21st century? Whatever the answer may be but people are still living in stone ages.

The situation of Education sector is despicable. Millions of children are unable to complete their Metric just because of scarce facilities and resources. Schools are not the priority of Government but high roof buildings and motorways are being built. A child of a poor remains under poverty; however, a child of a rich becomes the decision maker of country. The situation is deplorable and does not seem to be improving.

Similarly, Health sector also demonstrates similar problems like other sectors. Infants die due to Malnutrition and less weight. People are not provided with even clean water. The condition of Hospitals is not different from any other sector as patients do not get cure of their disease and not the medicines. Notwithstanding, Government continuously denies the facts and keep on repeating the fake rhetoric of working for people.

By concluding, State and the Government are the sole responsible entities for the present miserable condition of citizens. Rulers and their policies are responsible for fragmentation in society. Rulers pursue their autocratic style because democracy does not suit them. They always remain reluctant in proving education as if people may get awareness; they will no longer vote for those despots. Citizens also have to realize their own responsibilities and should use their voting right for the deserving people by considering it a National and moral duty.