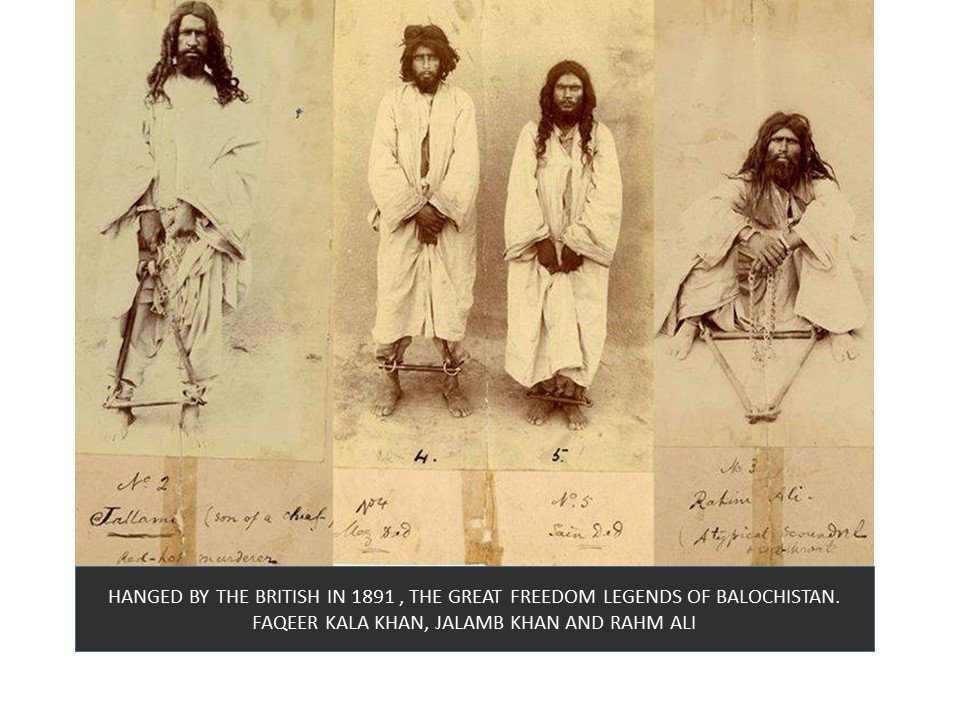 There exist so many heroes in Baloch history who have been forgotten or they have become unknown to the Baloch people as the Baloch historians have not written anything about their sacrifices.

Faqeer Kala Khan Baloch, who belonged to Marri tribe, was one of the warriors who battled the British forces to defend his motherland.

Kala Khan was a Sufi Saint of Balochistan, but when British attacked Baloch territory, he resisted against the occupation and British rule also announced head money for Faqeer Kala Khan.

However, British army arrested Kala Khan along with his two other friends, Jalamb Khan Baloch and Rahm Ali Baloch.

Three of them were hanged by British government in 1891.