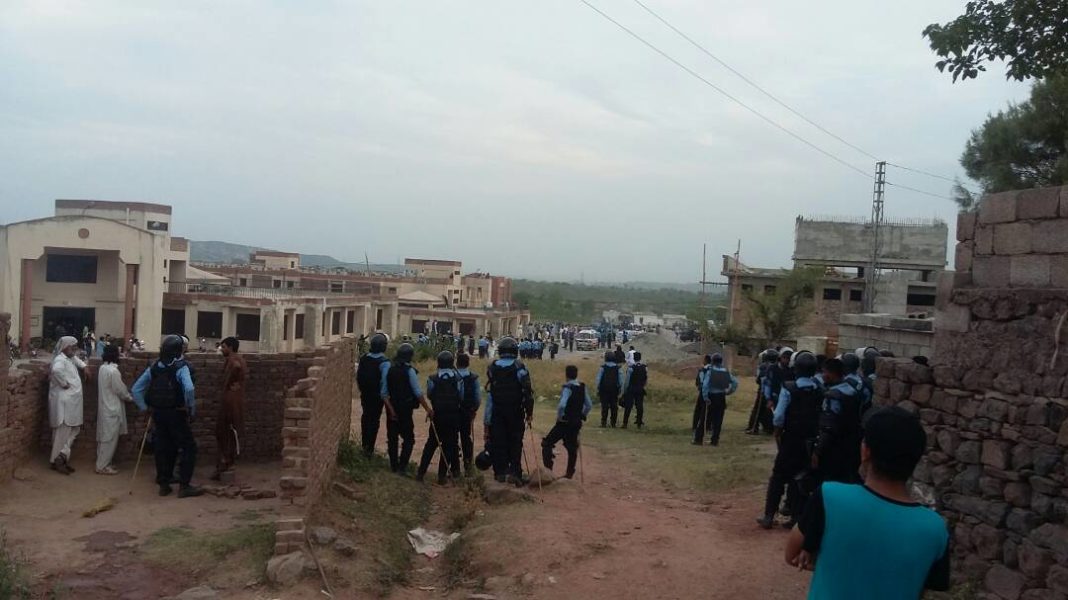 Islamabad: More than 30 students have become injured during the clash between Baloch and Sindhi students in Quaid-e-Azum University Islamabad.

According to the sources, The Mehran Council of Sindhi students attacked on Baloch students and injured several. The sources said, during the clash both sides fired at each other.

Police was called to control the situation. Police fired gas shells to disperse the gathered students.

The Mehran Council Chairman along with other dozen Sindhis were critically injured who were shifted to hospital through ambulance for treatment.

According to the sources of Baloch students, around ten Baloch students received injuries during the fight who were shifted to hospital for medical care.

University administration has issued notification to close the university for a week.