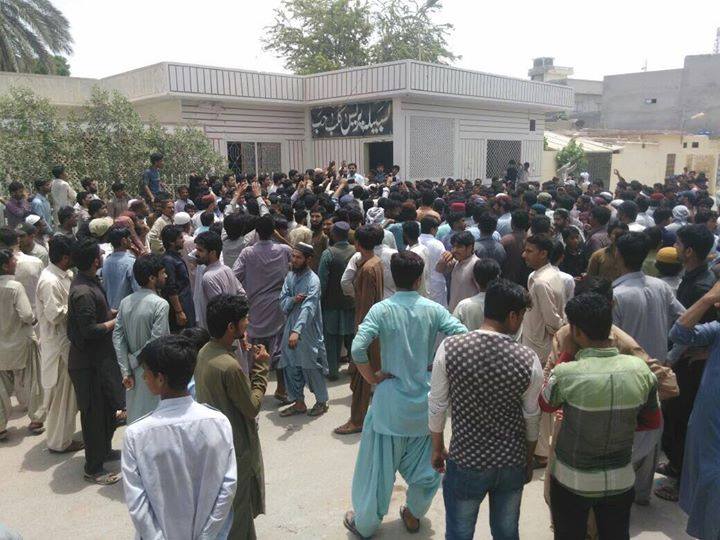 The mob turned violent as the police refused to hand over the Hindu man suspected of blasphemy in Hub area of district Lasbela, Balochistan.

According to the reports, the mob claimed that a local businessman Prakash Kumar shared a picture on whatsapp that contained blasphemous contents.

The police officials said a First Information Report (FIR) had been registered against the accused and further investigation was underway.

The mob gathered outside police station and demanded to hand over the accused so that they could punish him. After waiting for long, the mob started pelting stones at the police and demanded to hand over the ‘blasphemer’ to community members. The city police dispersed the mob through tear gas shelling and aerial firing, and the police also took 20 protesters into custody.

The police has started search operation in the area to arrest the suspected elements involved in provoking the mob to violence.

Police officials, Additional Deputy Commissioner Tariq Mengal, a Child and some others received injuries during violence. The child could not survive the wounds and lost his life as he had received bullet wounds.

The shops of Hindu community have been shut down and all roads that connect Balochistan to Sindh have been closed till the completion of operation.