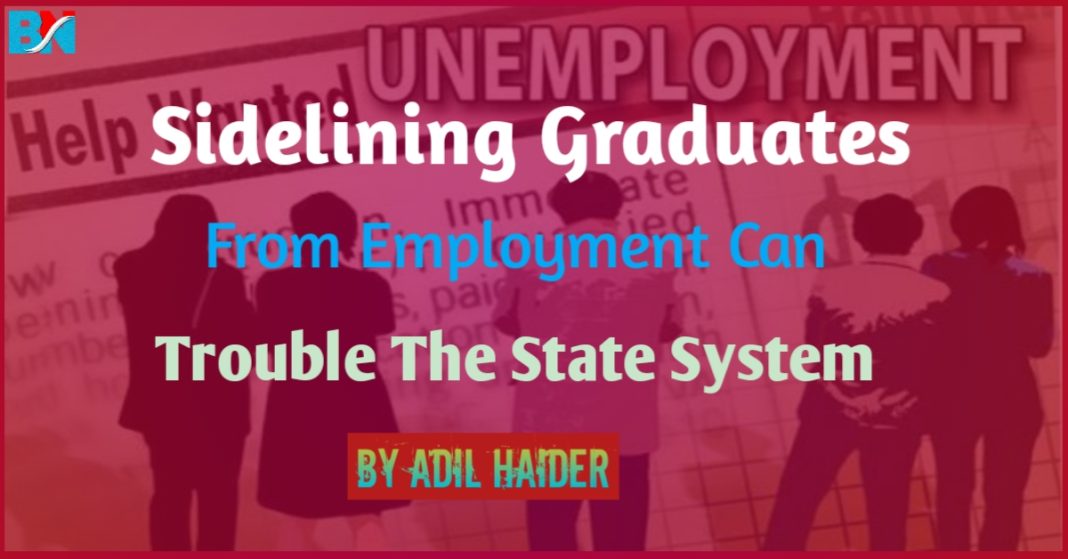 Balochistan is the largest province of Islamic Republic of Pakistan which is the most neglected too by all the provincial and federal governments who looted all its natural resources and bagged into their and others’ accounts. Later on, it is obviously the province which owned the title of owning China Pakistan Economic Corridor (CPEC) within its jurisdiction. But the development projects are visible in other provinces which is creating more issues for the youth and leading them to more unemployment.

Witnessing all these circumstances, Baloch youth and graduates are still suffering from the issue of increasing unemployment. This is not the first time Balochistan’s departments are made corrupt. Unfortunately, the province got fame for corruption across Asia this time. What else do the youth expect from the education department and the rest of other fields?

Unemployment is not a small issue as it sounds to be. In fact, it is a threat to the governments to recognise until it reacts like a cancer which can even destroy the country. The Pakistani government, during all these five years, have been ignoring Balochistan the most which is awful, but to remind you that belonging to Balochistan makes us ‘your’ priority otherwise you will regret ignoring us – the graduates.

Lastly, these are not threats yet but considering myself a responsible citizen of Pakistan to make you aware of issues that will motivate educated youths to move towards what is expected from them. If the state yet does not feel the essence to bridge the gap of unemployment in the province, the future can posture a lot worse picture than it tends to be.