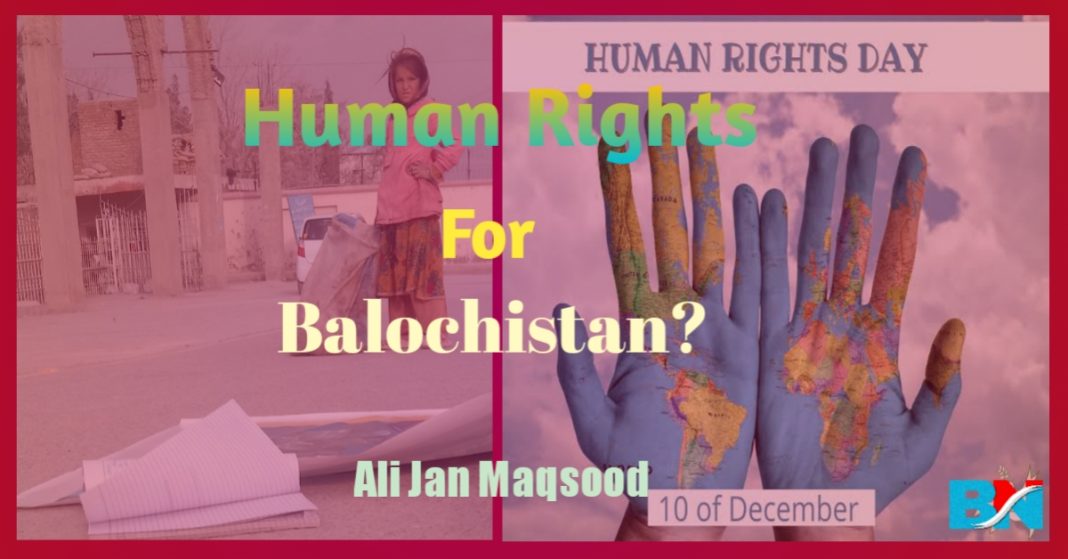 On a recent rally held by Baloch Students Action Committee (BSAC) at Quetta, the capital of Balochistan, against burning of schools in Balochistan, plenty children, with bags of collecting garbages, were sitting around in a corner and looking everything surprisingly. They were some eight to ten children with ages from 5 to 8. All of them were out-of-school children. Other than this, they were all deprived of all their fundamental human rights except that of living, which too seemed very miserable.

Leave that, a report submitted before the apex court of the country, The Supreme Court, by Missing Persons’ Commission on Thursday (December 8) this week declared that “974 missing persons were in detention centres, while 616 in prisons”. It further said that a number of 9133 complaints were received and commission ‘traced’ 5574 while another 3743 “reached their homes”. The commission also added that a number of 6926 cases were ‘dealt with’ while 2207 cases of missing persons were pending.

Who dealt with 6926 cases and what were the results of dealing? Where were 3743 persons? Are the pending cases of 2207 revealed to their families and, as directed by constitution’s Article 10 (sub section 8)? Are the detained persons given the chance to legally represent themselves?

In the recent era, missing persons are majorly reported in Balochistan and Sindh regions. A commission under Akhtar Mengal of Balochistan National Party (BNP) was formed very recently which visited Balochistan. The commission had some visits to the camp of Voice for Baloch Missing Persons (VBMP), the University of Balochistan and other scheduled places. What they did was to listen to the vociferations and that they would take their cries to the higher authorities. Will they?

Akhtar Mengal, on his Twitter handle, announced the same night after visiting VBMP camp that “four persons have been recovered” who had gone missing for months. Akhtar Mengal did not elaborate why they were missing, where they were, on what basis they were missing, were their families informed (as mentioned in Article 10 of the constitution), and everything else related to their detention, charges and acquittal.

The commission’s report mentioned above says 974 missing persons were in detention centres. How many of them are from Balochistan? Are their family members informed and fed? Aren’t they tortured?

Article 10, sub section 5, of Pakistan’s constitution reads: “(5) When any person is detained in pursuance of an order made under any law providing for preventive detention, the authority making the order shall, [within fifteen days] from such detention, communicate to such person the grounds on which the order has been made, and shall afford him the earliest opportunity of making a representation against the order.”

Was any one among the persons in detention centres given the due chance to hire a legal petitioner or a representative? The legal system in Pakistan seems to have loopholes which is causing ambiguity in comprehending and practicing the law as it ought to be. In reaction, the cases of human rights’ violation in Balochistan and Sindh, in particular, are outnumbering.

Today, December 10, marks International Human Rights’ Day. However, for last couple of decades Balochistan is burning in the fire of human rights’ violation. For how long will the fate of Balochistan continue to remain so?