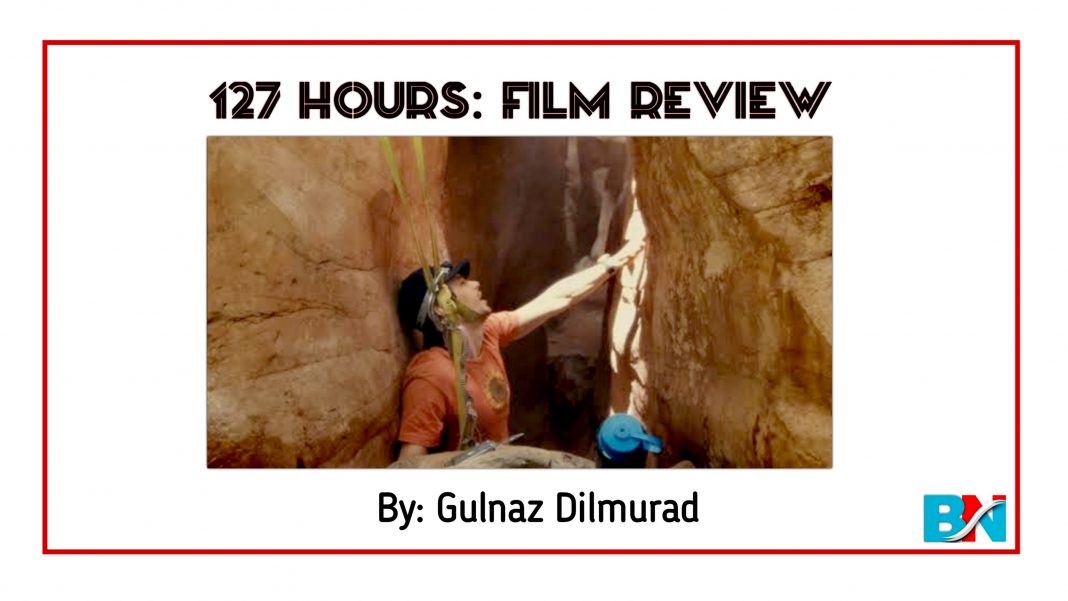 Exploring the world and climbing the mountains are dreams of every second person, and some people are so passionate about them that they give their lives in exploring and climbing. Aron Relston was young and energetic mountaineer who enjoys his all adventures. But who knows that every time our luck does not support us, and the lifetime dream can turn into a dangerous moment which changes the complete life. 127 Hours is all about the life changing adventure of young man Aron Relston which he may never forget. The film was released in 4 September 2010.

The story of the film starts in the year of 2003 when Aron Relston with his friends visited Utah’s Canyonlands Nationals Park where he showed his friends the underground pool before they head home.

After that they part their ways, Aron continues on through a slot canyon in Bluejohn Canyon. While climbing, he loses his grip and falls, knocking a boulder which traps his right hand and wrist against the wall. That was an unbelievable moment for Aron to be there. He shouted for help but unfortunately no one was there. Aron committed a big mistake, he didn’t tell anyone where actually he was going, so that’s why nobody knew about him. Aron felt helpless and alone in the mountain. Almost for 5 days (127 hours) he waited there for someone to help him, and he tried hard to release his hand, but couldn’t do that.

It was a hard time for him, he continuously thought about family and friends. He had a camera with him so he decided to record the moment he was going through.

Apart from that, he had water and some food with him, but they also finished, so at last Aron was compelled to drink his own urine. When you watch the movie you can realize the situation that Aron suffered from, and James Franco wonderfully played the character of Aron Ralston. Maybe it was also a reason that it is too interesting to watch.

After that Aron thought that he was helpless now and nobody could listen to him, so he decided to cut his hand. Oh God, because there was no other choice, the stone was not going to be removed from there. He then started cutting his hand. It is not easy for anyone to do such an act, but that was the only option to release from there. Imagine how painful it is. When he succeeded to do that, he couldn’t believe it for the moment. He cried hard and just ran from there.

On the way he saw some other visitors and they helped him and gave him first aid.

127 hours are a lot, where you don’t see hope. It was the second life that he got.

It is just a film which shows emotions and hardship, think about the real situation of Aron who faced these all. His mistake of not informing anyone changed his complete life. Adventures and enjoying your life exploring, climbing are good but don’t do that mistake which Aron did. Be conscious and focus about your all acts and take care of yourself and the one with you. Because life is uncertain who knows what happens next.