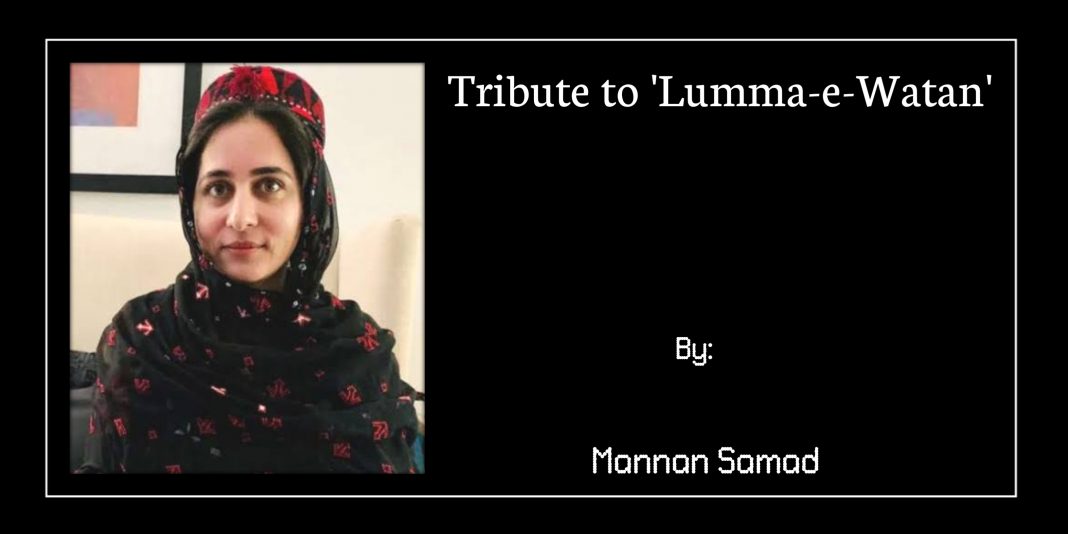 You are not dead, you are immortal. You are buried in our hearts, not in the grave. You are not only resting calm but also roaring like a lion and rumbling like a thunderstorm. You are a thousand winds that are blowing universally. Your saga of bravery is blossoming like a flower and the flower is waving its petals proudly. The fragrance of flower is giving impetus to the dead souls and awakening the conscience from deep slumber.

No doubt, your sudden demise left the entire nation saddened but not shattered. The nation has stood consolidated in this hour of intense grief and has emerged stronger than ever. You left a legacy of resistance, courage and sacrifice behind but the future generation gears up to carry forward your mighty legacy. You left a huge void that is hard to be filled but the forthcoming generation is poised to bridge the gap.

Kudos, you rocked even after your death. Your dead body has stirred the resolute foundation of the mighty state apparatus. The authorities are scared of your lifeless body. They still tremble because your eternal silence speaks volumes. They still scream with trepidation because you resonate with fear. You are sleeping in rest but your rivals are living in restlessness. Ergo, you conquered!

You are not only a gem, you are more than that. You have creeped into our hearts to the core. You live on forever. The nation feels dignified to have you in its lap. Its soil feels proud to cuddle you intimately. The nation is indebted to you, Karima.

Last but not least, Banuk Karima!

You are a lightening candle that continues to burn in order to brighten the darkest nights and the nation holds its flames with a ray of hope until the new sun rises.

ABOUT US
The Baloch News is an online newspaper that provides you with the latest news stories, articles and infotainment straight from Balochistan.
Contact us: [email protected]m
FOLLOW US
© 2018 - 2022 The Baloch News | All Right Reserved
Go to mobile version