Home Articles A demand for justice 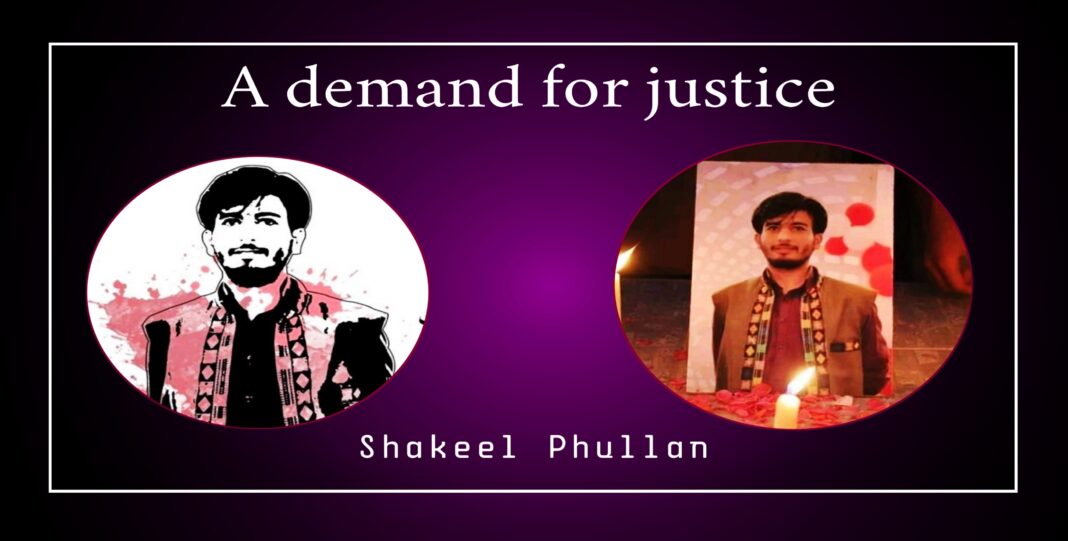 The continuation of unlawful killings in Balochistan is indicating how unprotected the residents are. Ignorance, injustice, cruelties and unlawfulness have reached the highest peak snatching the legal rights of the people. Balochistan bleeds and cries for justice including the proper implementation of national laws to secure the fundamental rights of every individual to live peacefully. But protection of our rights lawfully seems an out of syllabus task; such illegal killing as of the University student from Turbat, Hayat Mirza Baloch, worsens the circumstances even more.

Painfully, Balochistan has lost another talented and reform-seeking youth, Hayat Mirza Baloch, who was a final year student of Physiology at University of Karachi. Hayat’s brother Murad Mirza said in a statement that his brother was deliberately gunned down on Thursday by FC after an explosion at Absor main Road while he was busy working in fields with his parents. Even though he did not have any controversial links, yet they [FC personnels] dragged him from the date orchard, tortured and shot him dead.

What an inhumane act it is to drag an innocent person forcefully and shoot him dead calling it a ‘mistake’. As he was an emerging talent as a student wishing to become a CSS officer, it is a great loss for Balochistan’s already shaking education.

Another report revealed that FC personnels have killed him incidentally, but Hayat Baloch’s parents and eyewitnesses disagreed it entirely and said that it was not incidental at all. They even though filed an FIR after which an internal inquiry was held by IG FC and the reported armed man was given under the custody of Turbat police for further investigation.

“I saw the FC personnel beating him [Hayat] near the main road,” said an eyewitness. “Whenever he tried to speak, they would hit him even more.”

Constitutionally, every citizen is equal before law_ be it the Prime Minister of Pakistan or a common man. But when it comes to implementation of laws, the common man suffers the most.

As quoted by the great Nelson Mandela, “Such freedom is meaningless in which the people are not safe in their homes and streets.” It hurts to mention Hayat Baloch’s murder sheds light to the same scenario described by Mandela.

I recollect some words of my previous write-up published in The Baloch News, “What seems good when a constitution is failed to protect the most basic of whole liberties; the liberty of person, to live peacefully and talk fearlessly about the fundamental rights in the State? What seems good in a democratic country that seems unsuccessful to secure our constitutional rights? As the public protest for their rights to be protected and demands for justice, peace and protection within the province, but their raised voices go unfocused and unheard by the Government. It is the obligatory duty of state’s forces to provide us peace and do the protection of our rights.”

The state’s functionalable authorities need to rise up to providing justice to Hayat Baloch, Bramsh Baloch, and other Balochs who have been crying and dying for justice for their beloved ones.

The silence of the concerned authorities to the very solemn matters is fatal for the province. All the Baloch and other nations in the state have to stand firm for demanding justice for Hayat Baloch and his family.