Home Articles The grievances of Balochistan 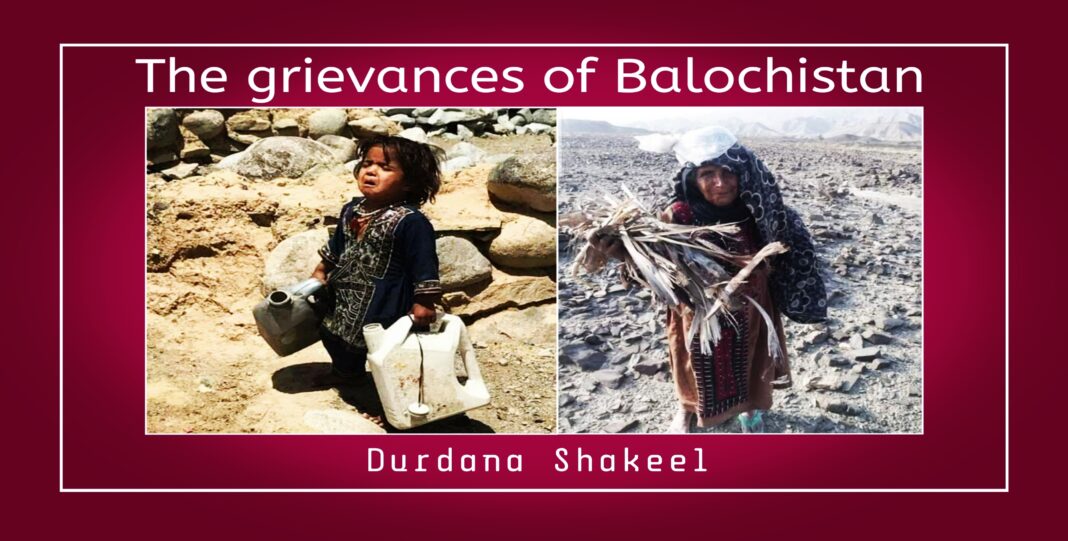 Balochistan has replete natural resources yet the province is going through tough times due to poverty which is increasing day by day.

By poverty I mean being far from the fundamental rights of life. It can also be described as unloved, uncared, neglected, and unwanted which are greater forms of poverty than being hungry for food.

However, unemployment has caused poverty rate to increase which is getting out of hands. Every year thousands of students graduate from the universities and wander in search of governmental jobs. But sorrowfully, the culture of nepotism wipes out their hopes to getting any governmental job.

Although the natural resource gas is coming out from Sui [Dera Bugti] of Balochistan since 1952. Sadly, it is being supplied to all country, but the residents of Sui and most of other districts in Balochistan are yet deprived of availing gas.

A report indicates that 52% of Balochistan’s population is living under the shadow of poverty. Over 50% children sleep in starvation. Thousands of people die each year, not receiving food out of which hundreds of them kick the bucket while fighting for it.

The paradise like Balochistan’s residents are deprived of basic facilities of health care, shelter and food. Even though they are their fundamental rights.

The government is failed to facilitate the poor people, but busy in faciliting the rich. The residents of Balochistan are looking out to getting better facilities from the government. The higher authorities ought to look into the matter and solve it in no times.