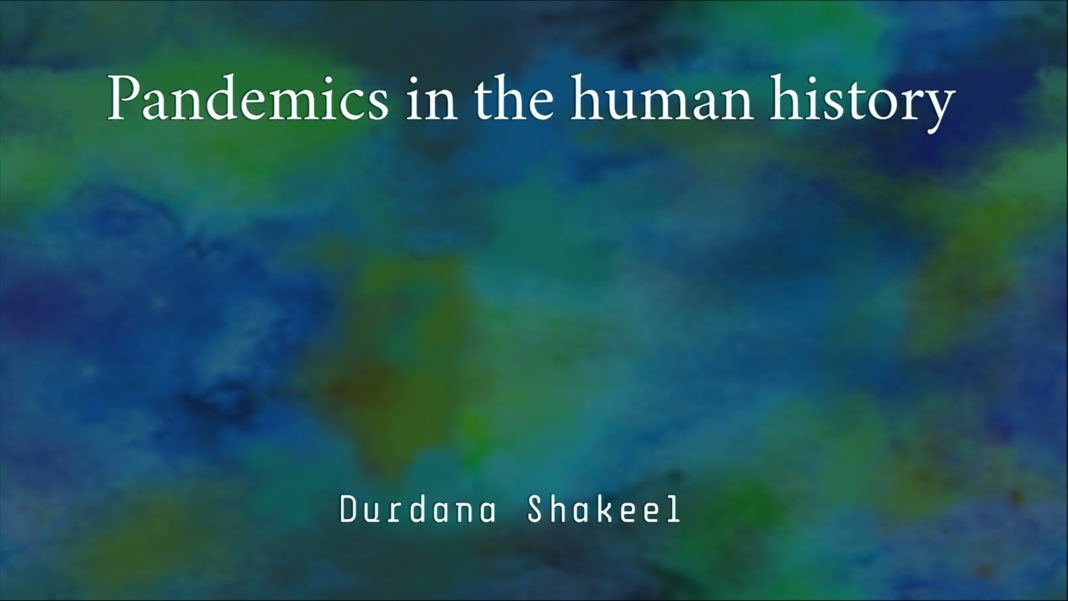 The outbreak of the contiguous disease of Corona Virus from Wuhan (China) has reached around every corner of the world causing its fear and death. Similarly, the world became the easy target of the very fatal Corona Virus where a large number of people are getting to die on daily basis.

According to a general estimate, more than seven million in nearly 213 countries have been infected from the Corona Virus. From them 404,000 people have died worldwide with this uncureable disease.

Unfortunately, no one knows how many more lives of the people get to dustbin from the dangerous virus.

The history points out the fact that the past pandemics have reshaped societies in perfect ways. Undoubtedly, millions of people died in result of the past pandemics. Even, empires fell. Governments cracked. Generations wiped out. We will not be wrong to state that pandemics are part of the human history.

The outbreak of plague (caused by bacterium Yersina pestis) known as black death began in 541 CE wiping out the lives of almost 200 millions across Europe, North Africa and Middle East.

Besides this, the sudden spread of SARS (Server Acute Respiratory Syndrome) in 26 countries resulting in more than 8,000 cases in 2003 was another pandemic that affected thousands of lives. According to scientists, SARS was an illness caused by one of the 7 viruses that could infect humans.

In addition, the HIV aids in 1981 is still the disease continued to infect and kill people globally. HIV is an auto immune disease caused by immune virus that was identified first in republic of Congo. Since 1981, 75 million people have been infected with HIV and killed about 32 million people. And still thousands of people die each year due to HIV aids.

More importantly, the contiguous disease of smallpox arrived in the continent of America in 1492 killing around 30 percent of those infected. During the period of smallpox, history claimed the lives of approximately 20 millions_ people close to 90% of the population in America. The pandemic helped Europeans to colonize and develop the newly vacated areas forever changing the history of America, their European conquerors and global economy.

By the same token, the outbreak of cholera pandemic began in Jessore, India and spread through the most part of neighboring regions killing millions of peoples. It is caused by ingesting food or water contaminated with a certain bacteria.

The World Health Organization called cholera “the forgotten pandemic” since its seventh outbreak which took place in 1961 till today. Cholera reportedly infects 1.3 million people each year with annul victims ranging 21,000 to 143,000.

The Hong Kong flue of 1968 was a global outbreak of influenza virus H3N2 which was originated in Asian continent. Estimates put the number of global victims at around one million people_ about 100,000 of one million people were from US.

The 1968 pandemic was third outbreak of influenza that occurred in 20th century. Mostly, it is believed that the virus is responsible for Asian flue evolved and emerged 10 years later into this so-called Hong Kong flue resulting in H3N2 pandemic.

However, the contagious disease of H3N2 infected 500,000 people within 2 weeks of first reported cases in Hong Kong. The pandemic helped the global health community to understand the important role of vaccination in obviating future outbreak.

Thus, knowing about the past pandemics, we comprehend that the current pandemic is not a new one. Studying the biggest pandemics in human history help us to gain knowledge how pandemics make community’s hygiene and medicines better. We are to strongly stand against this pandemic and overcome it.