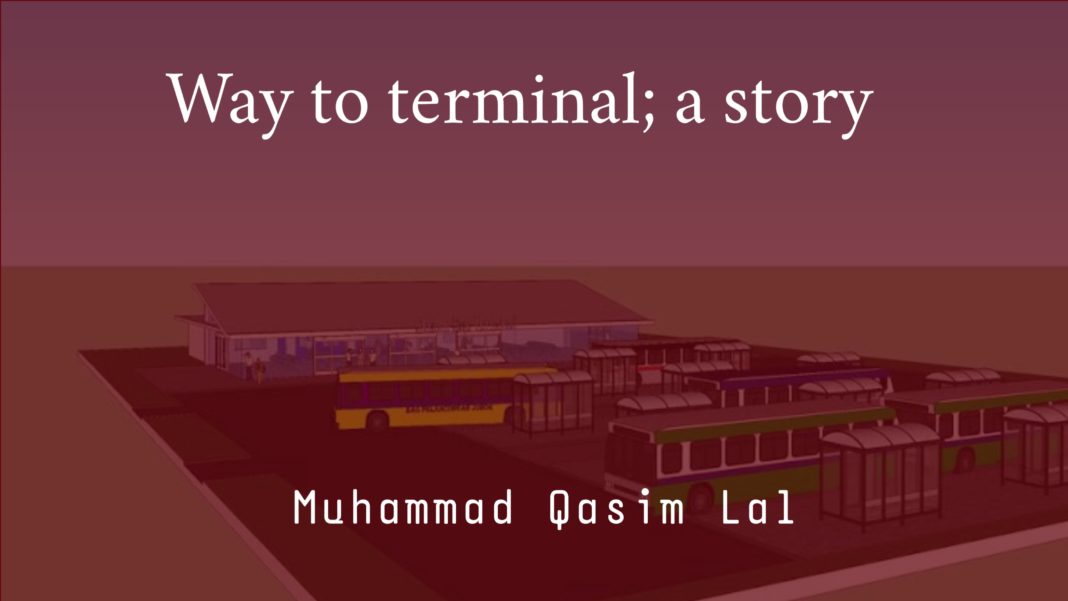 It was afternoon when he was preparing to leave for bus terminal. The weather seemed brokered by clouds_ the clouds which cried to water the land, the clouds that enhanced the love of landlord towards his lands by producing unlike in nature products.

However, when he made his way to the road, what he saw suprised him. The roads were empty. There was no any vehicle movement on the roads. That panorama made him mopish and unhappy.

It marked one complete day that he had not come outside. He was lost in himself when he sighted an old man.

“Why are roads empty today, baba?” he asked the old man.

“There has been a bomb blast in Jinnah Road where many citizens along with some students have lost their lives. Resultantly, all markets and public sites are shut down.” answered the old man.

Hearing of a bomb blast was not a new thing for him. By the time he had come to Quetta for his higher studies, he had witnessed uncountable bomb blasts. The bomb blasts in which the blasters themselves were not aware of their purpose and the innocent citizens who died were too least in the know of their sin and crime.

But that day it made him much upset, mirky and sad. Because he had to reach to bus terminal on time otherwise bus would leave without him.

He was worried, over anxious and perplexed about failing to journey. But inside he was committed to his journey. No matter to what situations he was exposed to, going to destination was his target by then.

Talking to himself he marched with galloping feet. When he destined some meters, he came up with a crowd of police.

He went closer. When he looked into the crowd, he smiled. Though the situations from which he was going through had taken his smile away, but this time he was pleased to what he saw.

“Sir Balaach?” he said to a high grade officer.

“Hello, Norouz! How are you and what are you doing here.” replied Balaach with surprise on his face.

Actually, Balaach was a Station House Officer (S.H.O) who knew Norouz since they were neighbors in childhood. They lived in the same society. And their houses were face to face. No doubt, Norouz lived in the rented house, but this could not isolate them by not being neighbors.

Norouz was a 22 year-old student who was basically from Turbat. He was on his way to Turbat due to his father’s death. His father, Salaar, was killed by pillagers when they attempted to rob at their home. When Salaar refused to hand over the things, they shot him and escaped from the spot.

“I am fine sir, and on my way to Turbat.” answered Norouz.

S.H.O Balaach took Norouz aside and asked him about his travel in like situations. Norouz narrated all the story and the reason of going to Turbat.

“Do not worry, my driver will drop you to the bus terminal.” said Balaach.

He called his driver and told him to drop Norouz to the bus terminal. Norouz thanked S.H.O Balaach and seated into the car.

The driver dropped Norouz to the bus terminal where bus was waiting for Norouz. He boarded to the bus and left for Turbat.