Home Articles Every Baloch is a story 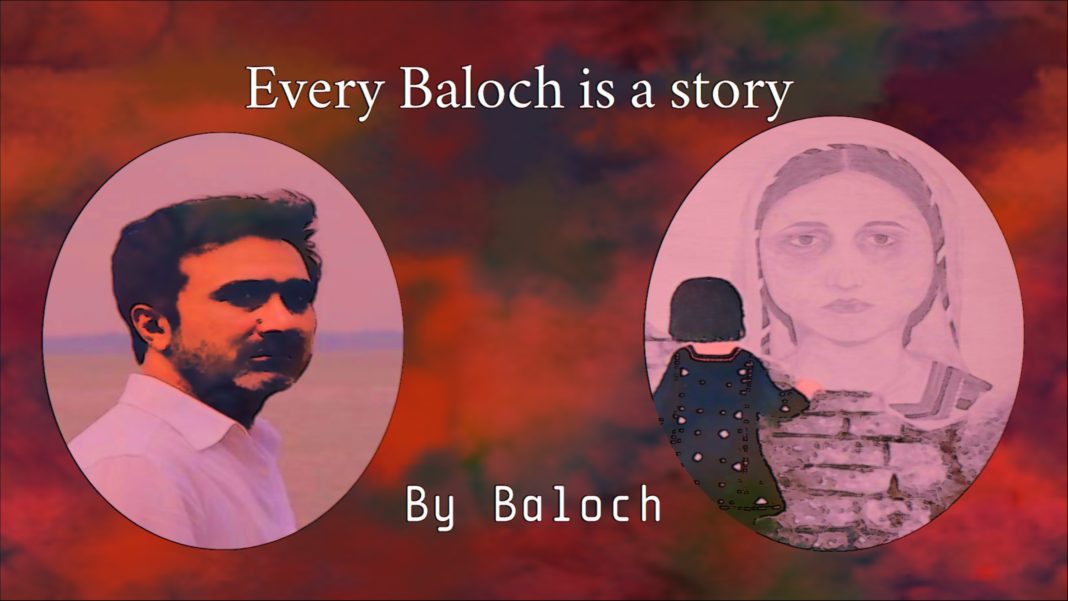 Balochistan is said to be the richest and largest province of Pakistan. But it is home to thousands of grievances. Each Baloch is a story in any part of the world. Every one of them carries untold stories. They are suppressed, looted, killed and done with all the cruelties. In return, the Baloch people get nothing but are called “terrorists”.

Be it the very little Bramsh to Sajid Hussain, every Baloch is facing tough challenges to cope with. They are held with a struggle and protest of few days, and forgotten the very next moment. Many times Baloch are left without a protest, in fact.

The very little Baloch girl (Bramsh) in a very small age became a story. She faced the toughest challenge of her life. She lost her mother. A mother means a world specifically for a child of four to five years. Many cite the culprits came with the intentions of robbery, whereas some others believe the real purpose may differ.

Will Bramsh get justice by specifying the key culprits of the incident with capital punishments? Will the incidents of robbery and killing_ a long term practice in Baloch society_ continue further? Will Bramsh forget all this? Will her mother’s pains heal in the paradise? Will the situations get to become normal? Will not another soul cry aloud for getting justice?

Why does not state consider the matter condemnable in practical? Why every time a Baloch has to suffer from like circumstances?

Sajid Hussain, the very prominent Baloch journalist, went missing in Sweden on March 2. He was found dead in the Uppsala river of Sweden after around two months. He had keen interests in doing something for the Baloch society. He was indeed giving his best to highlight the issues of Balochistan deposit living abroad. He was threatened when he was in Balochistan and thus took refuge in Europe.

Sadly, he could not find safety in Europe either. When he was near his hostel in Uppsala, he went missing. The Swedish Police said their search was underway to find Sajid Hussain, but they failed. Are the law enforcement agencies in the Europe same irresponsible as of here?

When Sajid was not among us, multiple campaigns took place in social media for his immediate finding, but all in vain. Finally, somewhat before a few days to Eid, Sajid’s dead body was found in Uppsala river as an Eid gift to Baloch nation.

We thought Baloch are unsafe only in Balochistan, but they do not have a safe living in places like Europe either. Where should the Baloch go now?

When the Baloch find no other ways, they get under the dilemma of either choosing to resist or live life of slaves. Some prefer to turn to mountains whereas the others try to fit them with the harsh situations of the world.

To be very clear, Baloch people have been subject to cruelty from long. Be it in the 12th century when an Iranian king entered Makran state and vanished the Baloch people to the current age. Baloch are always under dilemmatic challenges.

But, the Baloch community still await for change to come_ change in the way they live. It is high time Baloch are made stories. They deserve to live peaceful lives like others.