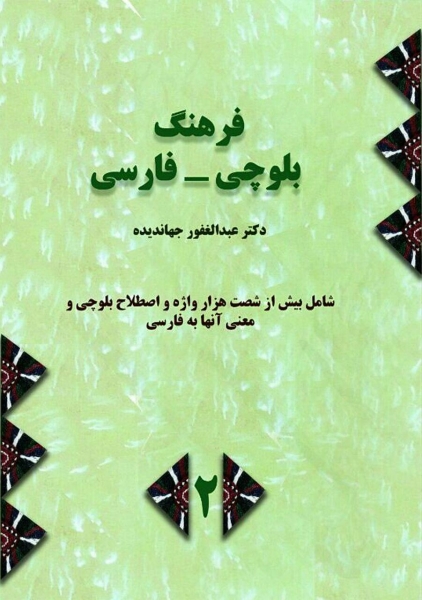 After years of intense work and research for about 20 years Dr Abdul Ghafoor Jahanide’s Balochi-Persian Dictionary has been published. It contains 60,000 plus words.

It consists of two volumes of 2736 pages. It’s based on Western and dialect of Makkran which is the standard among other dialects of Balochi because of the fact that most of the literary works have been published in this dialect.

However the other dialects of Balochi are not neglected in this astonishing work. In this Bilingual dictionary all the words, phrases of Balochi, in addition to the Balochi are also written in Latin.