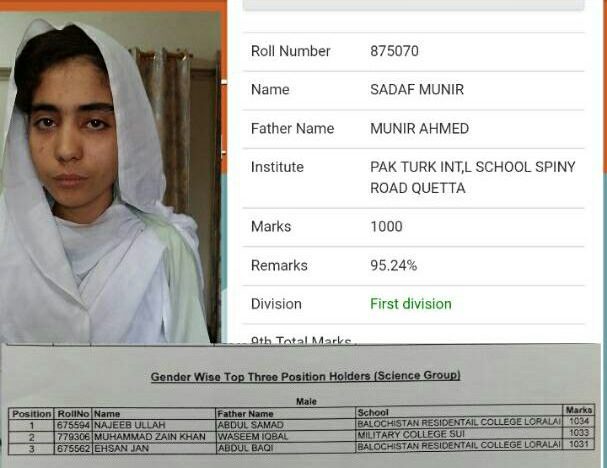 Balochistan Board of Intermediate And Secondary Education has announced Matric results of 2017 which took everyone by surprise as most of the students have successfully secured high scores.

Right after the result announcement people rushed to social media to share the scores of their loved ones; however, many of the students came under criticism after their results were shared on social media.

One of the students who received the most criticism is the daughter of District Education Officer (Kech), Munir Ahmed Nodezai whose daughter (Sadaf Munir) has secured 1000 marks out of 1050.

According to the people DEO used his power to give such high marks to his daughter. She is the third position in Balochistan in female category.

There are also allegations that some private schools use political sources and spend huge amount of money so that their students can secure as much marks as possible in order to bring a good name to the institution.