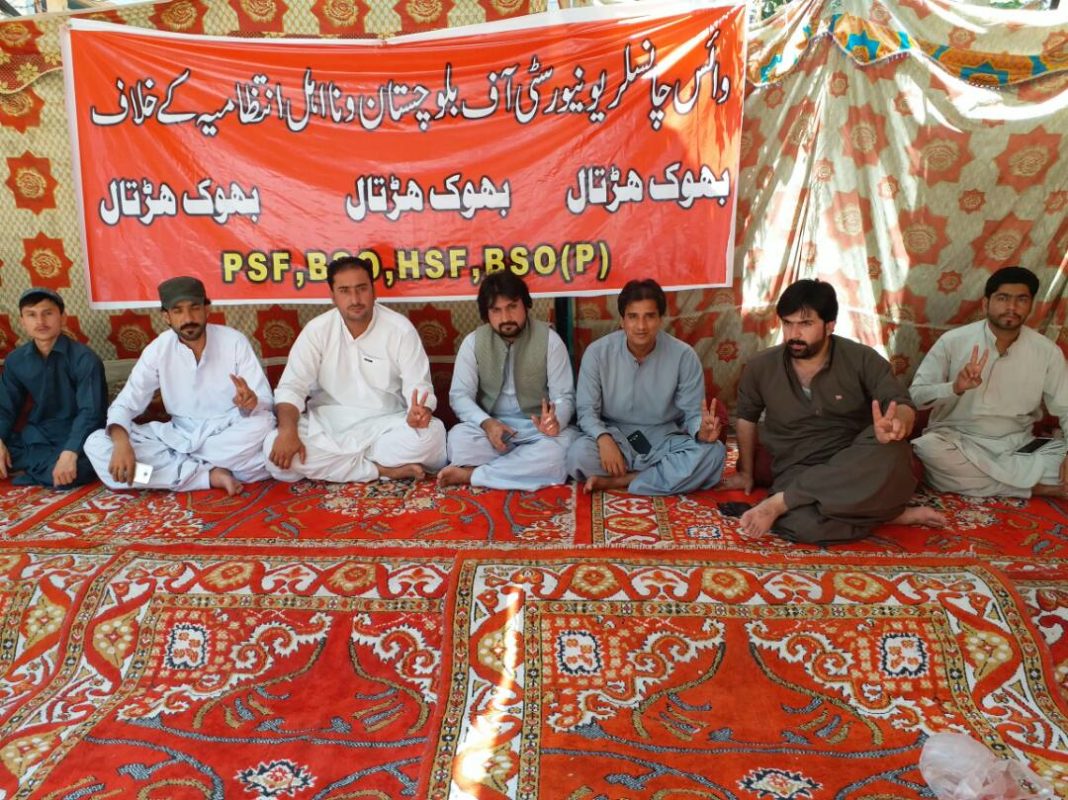 According to the students, the Vice Chancellor of Balochistan University has destroyed the educational setup of the university due to which the future of students is at stake.

The students demanded the removal of current Vice Chancellor and asked for appointment of an academically strong and well-qualified person on the post.

The students complained that the university administration has increased the academic fees and price of prospectus which made it difficult for the poor students of the province to continue their education.

Students said, due to negligent Vice Chancellor the quality of education in the university has decreased because of which the students hesitate to take admission in University of Balochistan.

Many of social, educational and political activists visited the camp and express solidarity with the striking students.