Home Latest News Another cancer patient from Panjgur passes away 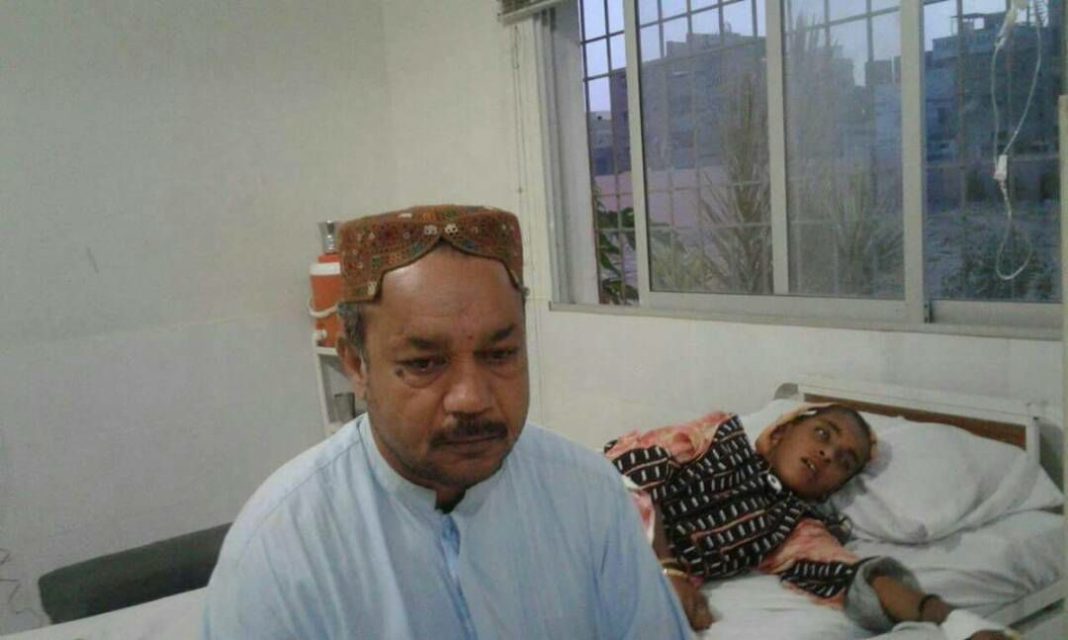 The daughter of famous Balochi singer Rasool Baksh Panjguri lost the battle of life as she was suffering from cancer disease.

She was under treatment in Rahat Kada Hospital Karachi but due to lack of proper treatment she could not survive.

The prominent Balochi singer could not save the life of his daughter as he was unable to bear the financial expenditures for the treatment. He had previously appealed to the government and public for financial support so that his daughter could get proper treatment.

The social activists from Balochistan also launched social media campaigns to get financial support from the people, but that failed to generate enough money for the complete treatment of cancer patient.

Rasool Baksh Panguri has been serving Balochi music for long but being financially weak, he could not shoulder the expenses to treat her daughter well as a result cancer snatched his daughter from him.

It comes under the responsibility of government to provide financial support to the artists, but the government of Balochistan has completely failed to take any practical steps in this regard.

Balochistan has a large number of cancer patients and due to non-availability of cancer hospital in Balochistan, most of the patients lose their lives.