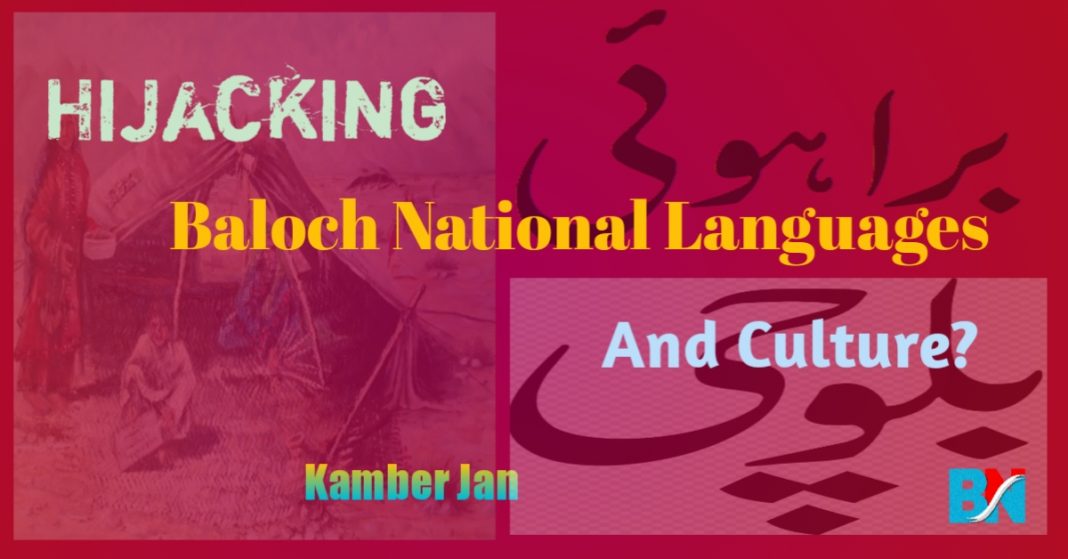 Balochistan is the biggest province of Pakistan by area which approximately covers 44% of state’s total land area. The provincial languages of Balochistan are a few, main of which are Balochi and the Brahvi languages. Unfortunately, unalike the other provinces, people of Balochistan are deprived of education in their first languages. Neither is their national history and heroes mentioned in the educational curriculum.

Following the given challenge, plenty of school-going children in Balochistan are unable to write their national languages while due to concessive study of second languages (Urdu and English), their speaking is largely getting impacts. In any sentence they pronounce, most words either relate to Urdu or English. It may not be an issue in the early period, but if we foresee it, it is a real threat to the extinction of our languages.

Besides languages, very few of the children of our age know enough of their national culture and heroes. One reason is ‘no space’ for our heroes and cultural heritage in the educational curriculum. Dishearteningly, instead of bringing Baloch culture in the course books, we have observed Baloch being called ‘wild and ferocious’. Although, historically, Baloch belong to the ancient Mehrgadh civilisation which is thousands of years old. And the ones who label Baloch as such, are themselves history-less and ‘non-civilised’.

According to educationist and psychologists, children can adopt anything in early ages from two to eleven years. Sadly, this age goes in studying a foreign language and a foreign culture largely affecting the promotion and study of their own.

Punjabi, Sindhi and Pashto languages are being taught in Punjab, Sindh and Khayber Pakhtunkhwaa, but why not Balochi or Brahvi included in Balochistan? Why is Balochistan the only region going through such a discriminative attitude?

Balochistan is already divided into several parts including a large portion in Iran, another part in Afghanistan, some regions to Sindh, KPK and Punjab, now the language and national cultural deprivation add more to the miseries faced by the grieving nation.