Home Latest News The River Between 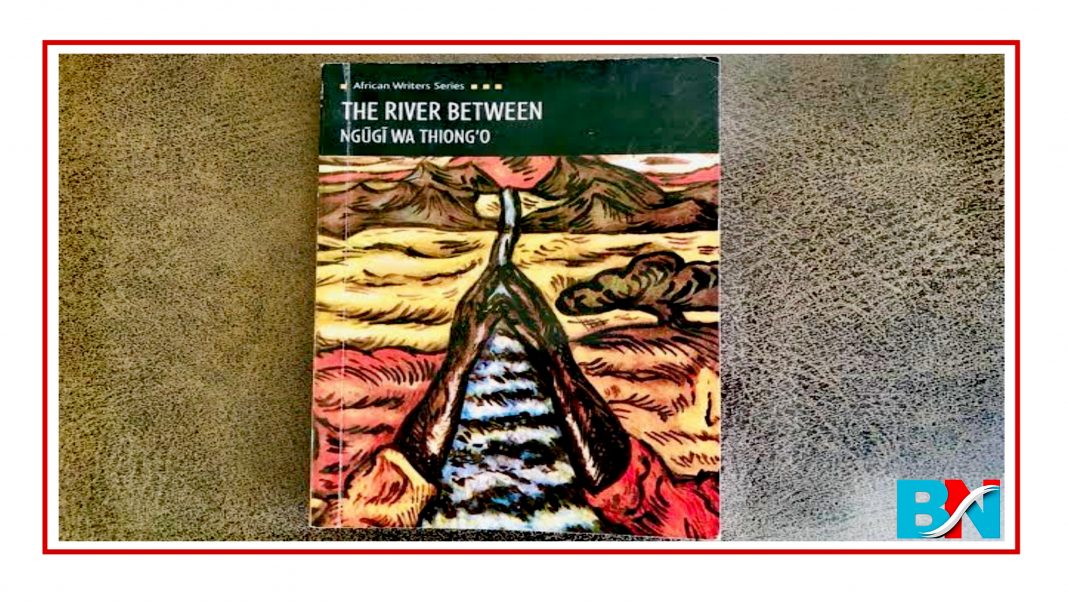 Introduction to the Writer

The renowned novel, The River Between, is published in 1965 by Ngugi Wa Thiang’O. Ngugi is a venerated writer around the world. He was born in Kenya. He is considered the greatest novelist of East Africa because of his major works such as “Weep not Child”. Ngugi in his initial phases of writing remained a part of the literary Canon. His writings are mostly based on Christianity which contains a European touch because Ngugi lived and learned and was educated under English rule. Moreover, his first works were in English but two factors changed his narrative and he started writing for his people in his native language. As Ngugi belonged to an oppressed land when he witnessed that cruel oppression his thoughts changed eventually. He then started writing for his land and people. Additionally, in 1962, when Ngugi was attending an African Writers conference, where he concluded that how his Literature, i.e African Literature is significant and how they are lacking behind in literature. He felt the need for literature and began to write more and more.

Nevertheless, after 7 days of that conference, the writer showed the manuscript of “River Between” to his professor. It was his first novel written in his language. Ngugi had been under oppression, and he was ruled by Britain-colonialism therefore, his name was James Thiang’O, and later on, Ngugi changed this name and come with the name of Ngugi Wa Thiang’O. In addition, when he was asked about the reason that he changed his name, he state “To destroy the occupant one has to begin by himself and that is by rejecting the claims and discourses of the occupier injected within that society”.

Ngugi such as was an English Professor, and has internationally studied the subjects. However, in 1977 he announces that he will no longer write in English but will write in his language “Giyuku”. And, also told the other African writers to write in their language rather than the language of the colonizers. Ngugi’s works contain oppression, political and, historical scenarios of Africa, therefore he was also detained when he wrote the play” I will marry when I want “, and he present his story of detention in” Detained.

But Ngugi never refrains, he keeps writing for his people, and today he teaches at the University of California. Ngugi has written some extraordinary works in African literature. His famous works include Weep not child, A grain wheat, decolonizing the mind, and more.

Ngugi explains the ancient context of Africa via this novel. The primary agenda of the novel is Colonization which Ngugi has depicted through the novel and how colonizers exploited the societies. The creator has labored classically on each Colonization and African tradition. Such as, in African traditions, females have been circumcised (a time whilst in Africa girls circumcision become an important ritual for girls and if they have been now no longer circumcised they were not taken into consideration well worth marrying. It may be visible that Ngugi has adversarial such illicit tradition. And Secondly, Ngugi additionally suggests that Colonizer makes use of Religion as a device to fool the colonized and create mess and department amongst themselves to withinside the call of faith. Such in the Novel, he suggests that after Colonizer comes to Africa they brought the religion of Christianity with them and made divisions based on different Faiths. Also, Another exceptional African writer Chinua Achebe has additionally proven the same non-secular coverage of Colonizer in his Novel “Things fall apart”.

If we take a look at post-colonial literature, we get to recognize that colonizers usually use manipulative equipment to make use of their colonial procedures to a nation. Colonizers now no longer handiest seize the land however makes use of exceptional exploitative equipment, deliver missionaries, romanticize the development, construct colleges and educate their narrative, sell their given robot education, manage the humans to be a part of their colonial structure.

Ngugi portrays the suffering and exploitation of African people by the colonists. Though he also criticizes some traditions of Africa. Such as in the novel, it is to be observed that in African traditions women are circumcised, and this circumcision symbolizes that; women are adults and strong. This circumcision ritual also connects different African tribes. While on the other hand, the antagonist character, Joshua, who works as a dominant propaganda tool for the colonizers, embraces Christianity and propagates against circumcision. But to his despair, his daughter, Mathuni believes that circumcision is an essential ritual and must be done because it’s the symbol of womanhood and a cause of connection with the Giyuku tribe.

In this novel, through the main character protagonist Waiyaki, Ngugi highlights some important issues. As Waiyaki falls in love with Joshua’s daughter, who is against circumcision tradition and when tradition got challenged, the Kiama tribes prepare to revolt against Joshua’s men and rise to save their tradition.

Ngugi illustrates that colonizers always try to distract the people from their main issue which is Colonization, hence people are often indulged with some minor things instead of revolting against Colonizers, they start to rebel against native tribes. Such as the Kiama tribe and Joshua’s conflict became the prime subject. Joshua who has been forgotten his tradition and works for the colonizers, further creates hurdles for his countrymen. Whereas Waiyaki who was leading his tribe, after his father’s death worked day and night to promote education for their prosperity, ends up with nil in the end. Conclusively Ngugi prompted that unity is important on the ground.

If we read Ngugi’s work or any other post-colonial literature, we get to know the importance of the literature of the oppressed nations. Africa has overseen huge political movements and resistance. Colonizers have exploited African culture, language, and Land. They also brought religious conflicts. But African writers have narrated their stories for history to witness. And their histories are seen in the pages of the world. They introduced their language, land, and culture to the world. And if African writers wouldn’t give a language to their sufferings, then the world might not have felt them morally.

My personal opinion after reading and analyzing Ngugi’s River between is that Ngugi has shown that in a colonized ground one cannot individually do politics, nor can struggle for promoting; Education nor struggle for any other social change for that it’s necessary the colonized must be united and must collectively struggle. If there’s no unity between the colonized, then there would be a decision that Ngugi has shown in his novel.

Such in the Novel, to counter colonialism, Waiyaki promotes Education, he builds a school, from villages to villages, but in this process, he becomes distant from his tribesmen. Waiyaki resigns from his village political council, and hence focuses further on Education and become distant from political affairs.

That leads his tribesmen to oppose him because the councilmen believe that Education is not the solution of countering Colonization but resistance. Although, Waiyaki wants to work for uniting the tribesmen that he couldn’t. He becomes isolated and goes towards division. Now this shows that either youth or the elderly if they want to counter colonialism and fight against it, or promote the education or preserve their traditions. It requires unity they must be unified and struggle, otherwise, they will face destruction.

Thus, River Between is a living breathing testament to the struggles undergone by the Kenyan people under European rule. I recommend this to anyone wishing to learn more about the impacts of colonialism and see gs from the perspective of the colonized.

Appropriate criteria of judging the book

Author’s success in carrying the purpose

Like his other novels, River between is also based on the impacts of Colonization. In this novel, Giyuku’s community is divided by a river and Colonization. On one side of the River, Christianity is prevailing on its peak, and on the other side, African traditions are prevailing. Novel’s protagonism. Waiyaki tries bridging them to shrink the vast gaps. He constructs Schools, but schools contain western educational elements. More importantly, he preserves and maintains his respect for his Giyuku community and traditions. He was reluctant to speak against existing traditions, breaking the tradition eventually could lead him to his downfall in the end.

Ngugi’s stance is clear in his every word, he materializes literature as the best tool of Resistance against Colonizers. Ngugi as an African writer had always made a case that there be peace and prosperity, before the White men/colonizers who exploited the region.

In the novel, when Waiyaki was promoting Education, there Waiyaki’s community queries that will Education give us our land back? Let me answer that” Ngugi through his book raises the question to the world that is white men’s education necessary?

A traditionally continued practice of human rights abuses existed in Africa which was not only opposed and criticized by Ngugi but also involved hands in its strengthening were blamed and criticized.