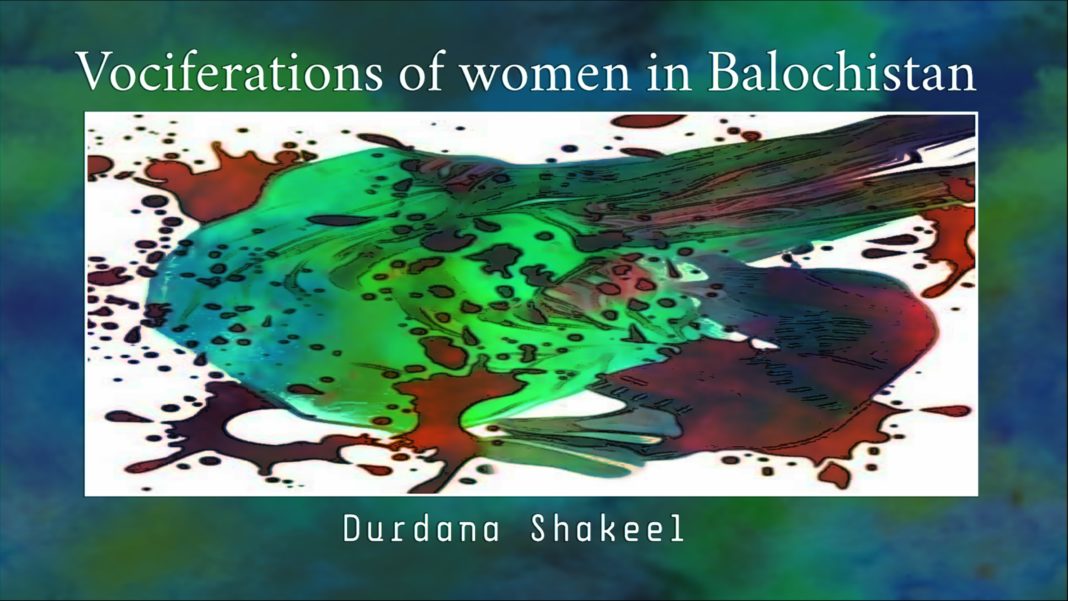 We are living in a society where murder, death, robbery, abduction, honor killing etc have become some common occurances reaching to their peak. As in the recent incident of Turbat (Dannuk), Malik Naz became the witness of how women are brutally murdered in their own houses without any perturbation, a similar incident happened in Dazin (Tump).

No one denies the fact that the peace of our society is lost because we are not safe_ even though in our own houses. It is no secret that there are various cases in front of us after Malik Naz’s case, one after another.

Sadly, we have not overcome the saddening death of Malik Naz yet, and we lost one more innocent soul. As, on the night of June 15, in Tump area of district Kech another woman named kulsoom was murdered by robbers in front of her little children.

Whether or not the intention was purely of robbery is yet to be discovered, but we lost another woman_ literally that means much. That is just more than enough. For how long do we likely suffer with such atrocious killings?

Besides this, just a week ago a girl from Awaran was killed in the name of honour as she asked to marry a guy of her own choice. Dishearteningly, it resulted in her death. Do not females have the right to choose their partners by themselves?

Sadly, Bibi Hajira, a couple of days earlier before the Awaran incident, was killed by her husband and brother-in-law at Muslim Bagh given the name of honor. Are women born to be tortured and murdered only? Why do not the law enforcement agencies work on maintaining law and order situations in the province?

There are many other such examples where women were tortured to severe violence. Every time women are the victims in our society. Is honor only for women? Despite knowing everything well that the men are responsible for the dishonor of women, we hold the women solely responsible for all this ‘honor”.

Fatima, the sister of missing person Imam Ishaq, was hanged to death by her in-laws and presented her death as a suicide. But, no one bothered to notice and took the incident seriously. They called it a suicide, but it was a clear murder. How many more dead bodies do we need to see of women for unreasonable acts?

Article 3 of Human Rights states clearly that everyone has the right of life, liberty and security of person. But, the Constitutional rights of women are also challenged in our society when it comes to women.

Sometimes I wonder where are these laws being applied for women? Situations are getting worsened by culprits without any fear of any law of the state. I suppose these laws are never made for the “culprits” or violators of rights of women.

In fact, women are being easy targets of violence in their own houses. Children fear losing their dear ones. Honor killing has become a water to drink. Bullets are more expensive than human lives here. Women are looted and killed openly but their cases are shown as tragedies. Humanity has become an empty glass for the women.

Besides humanity, such brutal killings are a slap on the face of Baloch society. As, they consider women as the most respectable and honourable parts of their society, but continues to rob them and their divine human right and respect.

Ultimately, people protest for few days and then forget as if nothing had happened. The same tradition continues one after another without any agitation. Thus, the higher authorities ought to look into the matter and take serious steps towards the protection of the women in particular. Hopefully, we come to a good end of providing justice to the deceased women of our society.