Home Latest News Need of a Safety Dam in Kassak 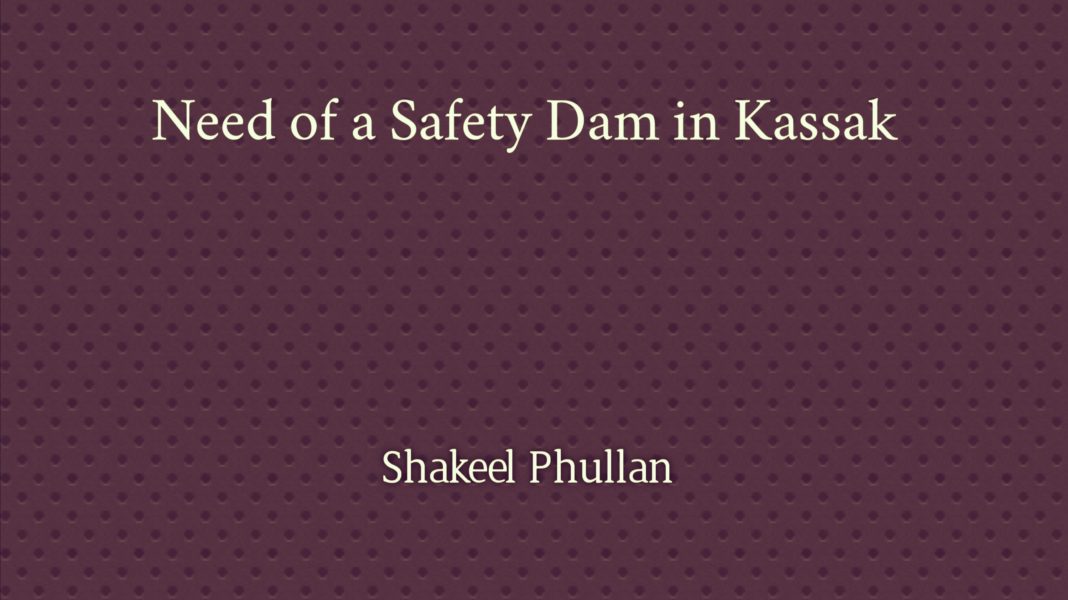 Kassak_a populated village somewhat 18 kilometers in the east of Turbst_ lacks safety dam to protect the entire village from heavy rainwater. A major river namely Tannk flows nearby the village that can bring destructions due to overflow of water in rainy season.

The flood back in 2007 had already destroyed and hit the village with collapsing multiple houses. From 2007 till today, the villagers are unprotected during the rainy seasons due to lack of safety dam in Kassak.

Previously, a small dam named Azadi Dam was the source of providing water to Kassak’s date-farms, but the dam collapsed during 2007 flood and currently the farmers suffer from water crisis too.

Hence, the villagers humbly request to the Finance Minister Mr. Zahoor Ahmed Buledi to launch a project of constructing Kassak’s dam so as to protect the village from flood. On the other side, the dam can be a great source of supplying water for the farmers.