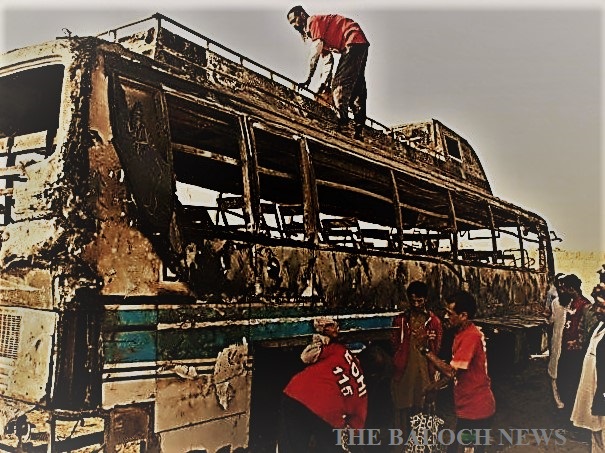 With passing of the time, the value and the respect of Social life and Human lives has gone in ditched well. People dignifying the respect of Money, fame and Name, while they have blanked out the price of human lives. Recently we lost 27 human lives in Bela, what our media and leader are doing? Have they forgotten their true duties and have they blanked out their fame? If we considered here at the recently burning issues we find ourselves involved. We have forgotten our officiating and power of common citizens.

We are being eliminated from truth and they show us the scene behind the wall, if we interpret the incident with justifiably we will found the Balochistan as a graveyard, which is snuffling from years and we are silent and close down to do any act. The people are unaware of their rights or a rain of fear was rained on people throughout they can’t speak, or their tongues have been cut?

I understand that the incident which took place in Bela is not the first incident of Balochistan, we have lost many precious lives and have lost a lot of assets of Balochistan. Sniffling Balochistan is facing basic issues of life like good health, Pure water, Food, Corruption and unemployment. The youngster of Balochistan stumbling here and there for their true values and respect, and even they lost their power in end.
If government do any act for getting information about young leaders of Balochistan, they will find them in touch with worst drugs which is dangerous for their health.

In my view the burning of issues is not changeable political system of Balochistan. We are in the cave of kingship and our hands have been tied back to our bodies.There will not be lack of issues until we are not agree to fight with or not agree to face them. We are in dream of negligence but have not dead yet, we have been broken into creeds but have not gone into lost, we are faint but not have been defeated yet.