Home Latest News I wish no girl is born to a poor family: Qandeel Baloch’s... 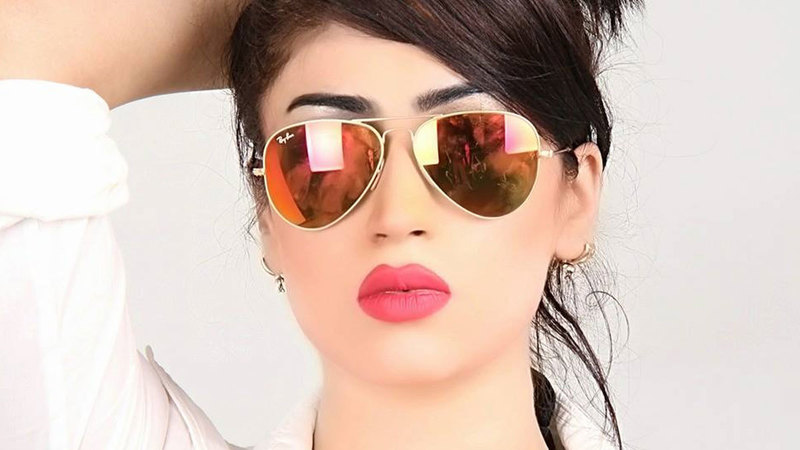 Qandeel was allegedly stangulated by her brother Waseem in the name of honour last year.

“I wish no girl is born to a poor family,” says Muhammad Azeem, the father of Pakistan’s social media sensation Qandeel Baloch, who was killed by her brother in the name of ‘honour’ last year.

Qandeel, whose real name was Fouzia Azeem, was allegedly strangulated by her brother Waseem on July 15, 2016 for bringing shame to the family in Multan, some 350km from Lahore.

In his confession video, Waseem expressed no regret in killing his sister, saying, “I am proud of what I did. I drugged her first then I killed her. She was bringing dishonour to our family.”

Qandeel used to support her poor parents from the money she made through these controversial means. After her death, her parents are living a poverty-stricken life.

“Qandeel was not my daughter but she was my son. She provided us financial and emotional support,” Mr. Azeem (82) lamented with tears in his eyes.

“My wife has gone to collect money from the people in our neighbourhood for Qandeel’s death anniversary and we would continue to remember her till our last breath,” he added.

Qandeel’s parents held Quran Khawani to mark her first death anniversary in their small house in Shah Sadar Din, a town in Dera Ghazi Khan, some 400 km from Lahore.

‘I will never forgive my son’

“I will never forgive my son for killing my beloved daughter. Those who are saying that I have forgiven Waseem are wrong. I am in favour of strict punishment for Waseem for killing his sister so that no brother should commit such a heinous act in future,” said Mr. Azeem.

Mr. Azeem had refused to testify against his other son Aslam for his alleged involvement in Qandeel’s murder.

Qandeel’s father was furious about the role of Pakistani cleric Mufti Abdul Qawi, who was embroiled in a scandal with her after she uploaded her pictures with him during a meeting.

“Qawi is also responsible for Qandeel’s murder. Since the time Qawi’s video appeared with my daughter on social media, her life was in danger. Qawi is a liar and I am afraid that someday he might issue a religious decree against me for supporting Qandeel,” Mr. Azeem said. He also complained that police deprived the couple of all the things that belonged to Qandeel.

‘Police grabbed all her belongings’

“The police took away her mobile phone, purse and other valuables worth Rs 1 million,” the grieving father said, adding “I am totally disappointed with the justice system in our country. I only demand justice from Allah Almighty.”

Qandeel rose to fame due to her bold videos and pictures many considered as ‘obscene’ she posted on her Facebook account.

Mufti Qawi said Qandeel had met this fate because she had humiliated a religious figure (him).

The suspects however denied committing the crime. Another suspect Zafar Khosa is absconding.