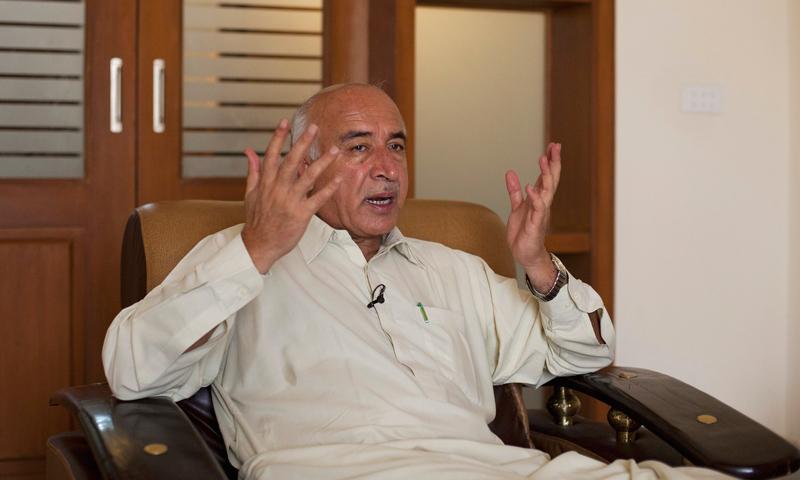 Former Chief Minister of Balochistan and National Party leader Dr Abdul Malik has said in the duration of two and half years his party restored peace in Balochistan.

While talking to media in Quetta he said, NP has been struggling for the rights of Baloch nation for many decades and that journey was started by Yousuf Aziz Magsi,Gul Khan Naseer, Ghous Baksh Bezanjo, and Abdul Aziz Kurd.

He said when his government took the charge in 2013, the situations in the province were worst as most of the areas were unsafe, but through a systematic policy, the peace had been restored in Balochistan.

He said with limited mandate, he and his government managed to take exemplary steps for the development and prosperity of the masses.

Former Chief Minister promised to make Balochistan a prosper and a developed province if masses show their confidence in him in 2018 elections.