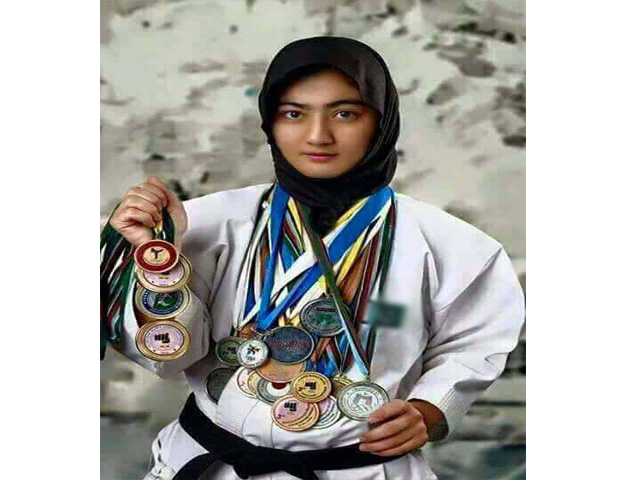 Naz Gul Baloch is said to be from Balochistan and she has become the International Karate Champion after winning the international competition.

However, mainstream electronic and print media ignored this worthy news and didn’t bother to cover it, but she was highly appreciated in social media.

The people from Balochistan have the will to compete in every field of life, but they are not given any sort of platforms through which they can polish their hidden talents.

There are still dozens of Baloch like Naz Gul who wish to fly high and fulfill their dreams, but due to lack of proper facilities and platforms, their dreams just remain dreams.

However, it is prominently said when there is will there is way and the people like Naz Gul Baloch have proved this.